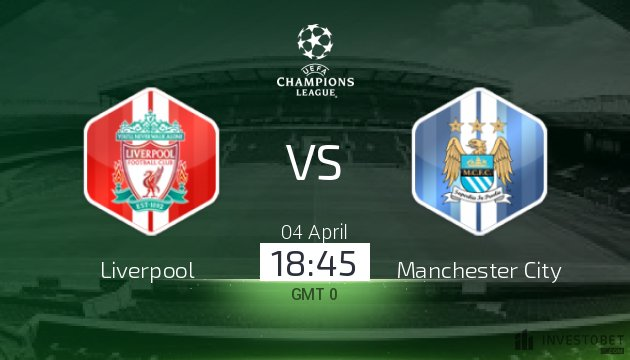 Manchester City served up a masterclass of incisive, possession-based football on Merseyside at the weekend and the reverberations from that breathtaking first-half display against Everton could be the precursor to a cagey encounter across Stanley Park four days later.
Liverpool, of course, remain the only team to have beaten City in a Premier League game this season, so it was only natural when the quarter-final draw was made that minds were immediately cast back to that chaotic nine-minute spell at Anfield in January when the Reds had Pep Guardiola’s men on the rack.
However, the intense focus on that fleeting period, in which City seemed to be genuinely rattled by the intensity of Liverpool’s pressing and the raw emotion of the home crowd, is out of proportion with the the overall story of the past two meetings and the likelihood that such a storm can be created again.
Across the other 191 largely-forgotten minutes (stoppage time included), City had two-thirds of the ball and were superior by the tune of eight goals to one, with half of those scored against 10 men and the other half against 11. If the visitors remain calm and composed throughout the 90 minutes here, they will most probably avoid defeat.
Instinctively, Liverpool fans understand this and their desire to embellish the folklore of past European nights has been all-consuming in the build-up. City have got no idea what's going to hit them, this will be nothing like an ordinary league game - that’s the incessant narrative being peddled by the natives.

The partisan atmosphere is undoubtedly a factor but City, if anything, should be stronger for the experience of allowing emotion to creep into their process three months ago. In any case, John Stones and Fabian Delph - the biggest culprits of losing their cool in that cauldron - have since fallen out of favour, the two main casualties from that day.
So City will approach this game respectful of the environment and the possibility that one mistake can lead to another, while Jurgen Klopp must also strike a tactical balance. If Liverpool go hell for leather on the transitions and fall behind as a consequence, City could feasibly blossom from that position and put this to bed on the night.
Based on that rationale, a couple of complimentary wagers spring to mind: the 0-0 half time correct score at 5/2 and the ‘no’ option on the ‘both teams to score’ market at 17/10. The odds on both appear to be overly swayed by that last meeting rather than fully appreciative of the altered dynamics and what’s actually at stake.
For all the talk of home advantage being Liverpool's biggest asset, they remain a team capable of scoring two or three goals anytime, anywhere. A low-scoring game of almost any sort would still leave the tie delicately poised, dragging the away goals rule into the equation much more than anyone might have anticipated at the outset.
Recommended bets:
0-0 half-time correct score at 5/2
Both teams to score - no at 17/10