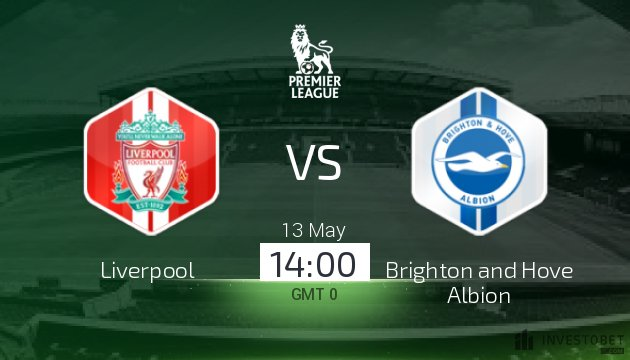 With one eye on the Champions League final and one eye on qualification for next season's tournament, Liverpool face a tricky tie against Brighton and Hove Albion. The away side might be safe, but that means they can play without fear against a side who often struggle when they have to only achieve the bare minimum.

While this has undoubtedly been a tremendous season of growth for Liverpool and Jürgen Klopp, consistency in the league is something that still needs to improve. Avoid defeat here, though, and they satisfy a goal of securing back-to-back Champions League qualification; something not done since the days of Rafael Benitez.

However, Klopp will know that the fact Chelsea drew midweek (1-1 with Huddersfield Town) means that Liverpool now ‘only’ need to avoid defeat. For a team that likes to live on the edge and produce comebacks, that kind of safety net can often cause Liverpool problems. If they intend to get a result here, they’ll need to avoid complacency.

Chris Houghton and his boys turn up at Anfield with the reward of knowing there is nothing on the line with relegation already avoided. With Liverpool's minds on Kyiv, the visitors could cause a shock.

However, with little to play for, Brighton might experiment a touch.

How Liverpool line up will be interesting, and it could decide the match. A shock loss could cost the club Champions League football, so Jurgen Klopp will have to go all out for a win.