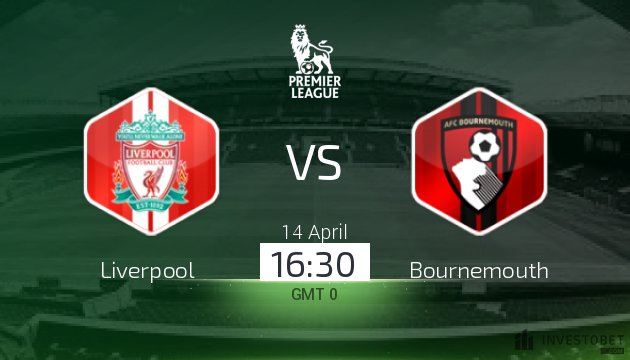 Following an incredible 5-1 humbling of the best team in the country over two legs, Jürgen Klopp’s Liverpool are flying. They come into this against a Bournemouth team without a mountain to play for, and a decent record against the Cherries. Will midweek exertions catch up with the Reds?

For Liverpool, it’s going to be interesting to see how they come back from a challenging match in midweek. The 2-1 win at the Etihad came at great expenses in energy. With Jordan Henderson fit again, though, the club captain will likely be back in to give the energetic Giorginio Wijnaldum a rest.

Wijnaldum was thrown into an unknown No.6 position in midweek and excelled. If he does play he’ll likely take the place of James Milner. Up front, we expect Mohamed Salah and Sadio Mane to flank either Roberto Firmino or Dominic Solanke.

For the Cherries, we expect to see the introduction of Joshua King. The Norway international has not quite lived up to last season's breakout moment, and has found himself in and out of the side this year. Tyrone Mings, Junior Stanislas and Adam Smith will all miss out, though, while Jordon Ibe is likely to find himself missing out of a return to Anfield.

Other than that, we cannot see Eddie Howe going for anything too ambitious. They have been on a decent enough run recently and will hope to catch a Liverpool team on a tremendous high following their entry to the Champions League semi-finals for the first time since 2008.

It’ll be interesting to see how the duo of Lewis Cook and Dan Gosling deal with Henderson/Milner/Wijnaldum and Alex Oxlade-Chamberlain. The Reds are famous for overpowering the opposition, and we’d expect them to do the same here. If Bournemouth are to get anything here, crowding the middle and denying Mane and Salah space will be essential.