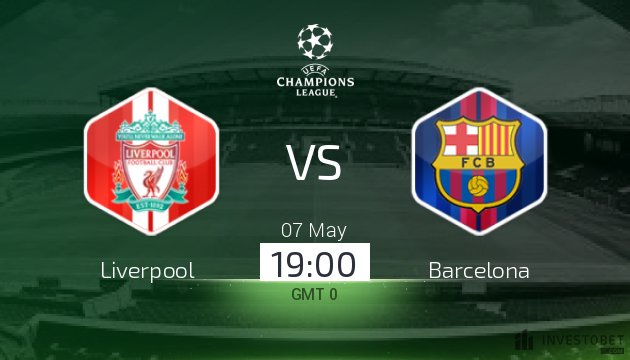 Following last week’s 3-0 defeat at the Camp Nou, it is hard to see a way back for Liverpool in their Champions League semi-final against Barcelona. Jurgen Klopp will rally his troops ahead of Tuesday’s second leg, though, as the Reds hope to experience another famous – and ultimately successful – European night under the lights at Anfield.

In many ways, a 3-0 victory last time out flattered Barcelona. The first half was pretty even as both teams created chances, although Luis Suarez was the only man to convert one against his former employers. Liverpool were then the better team in the opening stages of the second period, but their failure to find the net at that stage of the game proved costly: Lionel Messi, as is his wont, took the match by the scruff of the neck soon after, scoring twice – the second a sensational free-kick – to put Klopp’s men on the brink of elimination.

Even after Messi’s decisive intervention, Liverpool had opportunities to grab what could have proved a vital away goal. Mohamed Salah was the guiltiest party, striking the post from close range after Roberto Firmino had seen his shot cleared off the line. A repeat of such profligacy simply will not do on Merseyside this week, while Liverpool will also have to display greater defensive solidity than they managed at the Camp Nou in the first leg.

Depending on Manchester City’s result against Leicester City on Monday night, there is a chance that Klopp will make wholesale changes to his team for the visit of the La Liga champions; should Pep Guardiola’s side slip up and Liverpool remain on top of the Premier League table by the time Tuesday arrives, it would be sensible for the former Borussia Dortmund boss to save as many key players as possible for Sunday’s final-day showdown with Wolverhampton Wanderers.

The likelihood is that City will emerge victorious, though, in which case Klopp is likely to name his strongest possible side. Barcelona are no longer as dogmatic as they were under the management of Guardiola and Tito Vilanova, and we can expect them to adopt a counter-attacking approach here. Liverpool will almost certainly come flying out of the blocks in an attempt to reduce the aggregate deficit as soon as possible, and they will probably have to score at least once in the opening 20 minutes to have any chance of progression.

Even if they do find the net once or even twice in the opening quarter, however, we can expect Barcelona to create chances of their own once the game settles into more of a stable pattern. Liverpool have been much improved at the back throughout the campaign, but keeping a clean sheet – a failure to do so would require them to score at least five times – will surely be beyond them against Messi and co.

With that in mind, put some money on a home win and both teams to score. Liverpool may have some hope of advancing to the final for the second season in a row at some point on Tuesday, but by the time of the final whistle it will almost certainly be Barcelona who are celebrating.

We recommend this site for more details on how to bet on football.