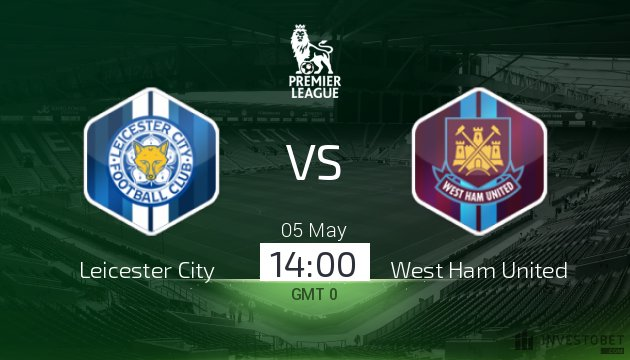 A few weeks ago, the idea of West Ham being within just nine points Leicester City would have seemed fanciful. A win here, though, would take the Hammers just six points off the team many were touting as a returning force in the English game. Can they make safety more or less a guarantee here?

For Leicester, the drop-off in form – three losses in four – has snapped what promised to be a fruitful season. European football is now impossible, while the loss of key players like Wilfred Ndidi, Vicente Iborra and Kasper Schmeichel has been a blow. While they are down in numbers, the Foxes look resilient than they did earlier in the campaign.

They are without the likes of Marc Albrighton, too, as well as Shinji Okazaki. Their absences could harm their chances of a top-10 finish.

West Ham, meanwhile, will likely be without some important players themselves. James Collins, Michail Antonio and Pedro Obiang are out. Winston Reid and Sam Byram are out too, leaving David Moyes with some limited numbers for the upcoming games.

The lack of numbers might force Aaron Cresswell back into a left centre-half position, with Artur Masuaku restored to the left wing-back slot. Either way, we could see Edimilson Fernandes restored behind the forward, Marko Arnautovic, and alongside Manuel Lanzini. This would give West Ham some extra penetration against Leicester’s weaker midfield.

How the West Ham attacking midfielders dictate the ball will play a very important role in getting a result for the Hammers. The likely pairing of Andre Silva and Hamza Choudhury lacks experience; if West Ham can cut them out of the game, they can get Lanzini and Fenandes in the game and supply Arnautovic.