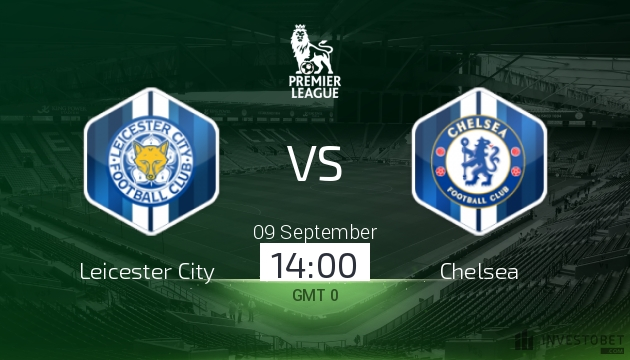 The two most recent Premier League champions, Leicester City and Chelsea, will go head-to-head at the King Power Stadium this weekend.

Chelsea made it two wins from three immediately prior to the international break, comfortably dispatching of Everton by two goals to nil at Stamford Bridge. That victory leaves them just three points behind table-topping Manchester United in the early running, but some of the cautious optimism surrounding the club may have been dampened on deadline day, when Antonio Conte and co. missed out on a number of key transfer targets.

Leicester have had a difficult start to the campaign, but one win in meetings with Arsenal, Brighton and Manchester United is about what you would expect given the fixtures they have had. The tough start continues against Chelsea on Saturday, but Craig Shakespeare will be hopeful that home advantage will play a part as Leicester look to double their points tally in front of their own supporters.

Chelsea will have to make do without the suspended Gary Cahill, while Diego Costa remains in exile after his failure to earn a transfer move away from Stamford Bridge in the summer. Eden Hazard and Danny Drinkwater could be involved after shaking off injury issues, although the latter is highly unlikely to start the game against his former club. New signing Davide Zappacosta will probably have to content himself with a place on the substitutes’ bench as well, with Conte set to keep faith with the personnel who began the campaign in west London.

The key selection issue for the Italian is whether Tiemoue Bakayoko or Cesc Fabregas gets the nod alongside N’Golo Kante in the centre of midfield. The latter offers more creativity and the former more dynamism; given that Leicester will look to get men behind the ball and play on the counter-attack, it would probably be wise to opt for Fabregas’ guile in the centre of the park. Willian and Pedro Rodriguez will continue as inside-forwards if Hazard is not yet ready to start, with Alvaro Morata looking to add to his goal tally after scoring two goals in three games for the Blues up to now.

Leicester will be unable to call upon the services of Robert Huth (foot) and Vicente Iborra (groin), while new signing Adrien Silva will remain on the sidelines until January after the Foxes missed the player registration deadline by 14 seconds. Matty James therefore looks set to keep his place alongside Wilfred Ndidi in the engine room, with a back four of Danny Simpson, Wes Morgan, Harry Maguire and Christian Fuchs tasked with keeping Chelsea’s myriad of attacking stars quiet.

Demarai Gray was linked with a move to Bournemouth and Crystal Palace in the transfer window, but Leicester were understandably unwilling to let the former Birmingham City winger depart. The England Under-21 international will want substantial game time this term, though, and his speed and direct running means this could be a good match to use him in. Riyad Mahrez will provide trickery on the other flank, with Jamie Vardy and Shinji Okazaki likely to continue as a front two at the top of the pitch.

Taking everything into account, it is probably worth backing Chelsea to come out on top at the King Power Stadium on Saturday afternoon. The champions have responded well to their shock opening-day defeat by Burnley and may edge a tight game, with under 2.5 goals another option worth exploring. If the anytime goalscorer market is your thing, consider backing one of Pedro or Willian.