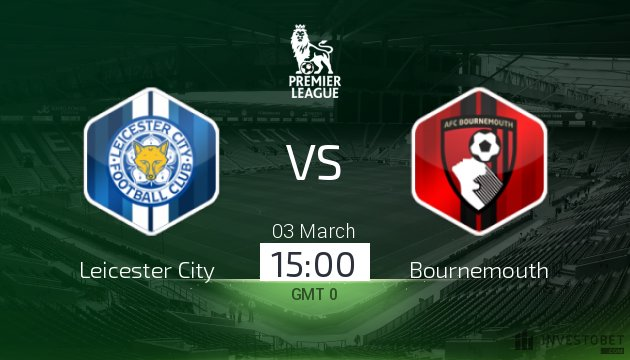 Leicester City will be looking to end a four-match run without a win in the Premier League when they welcome Bournemouth to the King Power Stadium this weekend.

Claude Puel’s men were held to a 1-1 draw by Stoke City last time out, when a Jack Butland own goal saw them avoid defeat after falling behind to Xherdan Shaqiri’s strike just before half-time. It was a disappointing display from the Foxes in the first half; with Stoke content to pack men behind the ball and cede possession, Leicester found it difficult to break them down and lacked the creativity to pull their opponents’ backline apart. In the end, though, their pressure told, and a draw was probably a fair result after Puel’s side came on strong after the break. Burnley have not won in 11 top-flight encounters, but Leicester have failed to take advantage of the Clarets’ dip in form as the two sides – along with Everton – battle it out for seventh spot. Victory here could put them in pole position to finish as the best of the rest behind Manchester City, Manchester United, Liverpool, Chelsea, Tottenham Hotspur and Arsenal.

Bournemouth also picked up a point last weekend, as they too fought from behind in front of their own supporters. Eddie Howe’s side fell 2-0 down against Newcastle United and looked to be heading for a second defeat in as many matches, but goals from Adam Smith and former Magpies midfielder Dan Gosling minutes earned the south coast side a draw to keep them in the top half of the table. In previous seasons, the Cherries’ position of 10th at this stage of the campaign may have pointed towards survival, but it remains exceptionally tight at the bottom of the division and a gap of five points separating Bournemouth from the drop zone means there is still plenty of work to do before Howe and his players can celebrate another season of Premier League football.

Leicester will probably have to make do without striker Shinji Okazaki, who is still struggling with a knee injury, while Robert Huth is lacking in match fitness after a length lay-off. Riyad Mahrez has now returned to the fold and is likely to form part of an attacking line of three alongside Marc Albrighton and Demarai Gray, with Jamie Vardy leading the line ahead of them. Andre Silva or Vicente Iborra could replace Matty James in midfield, but Nigeria international Wilfred Ndidi will keep his place in that part of the pitch.

Bournemouth, meanwhile, will be unable to call upon the services of Jermain Defoe (ankle) and Tyrone Mings (back), but Howe otherwise has a fully fit squad to choose from. The Cherries have employed a three-man defence at times in recent weeks but are likely to stick with four at the back here, a system Howe used in the draw with Newcastle. Ahead of the backline, Jordon Ibe could replace one of Junior Stanislas or Ryan Fraser on the flanks, with Callum Wilson the favourite to start up front.

Taking everything into account, it could be worth backing another score draw for both of these teams on Saturday afternoon. Leicester and Bournemouth are arguably better going forward than they are at the back, and the minimal threat relegation poses to the two sides could result in an open and entertaining affair. If you are feeling particularly brave, putting some money on a 2-2 draw in the correct scoreline market could pay dividends, while Vardy is the obvious choice to break the deadlock by scoring the first goal of the game.