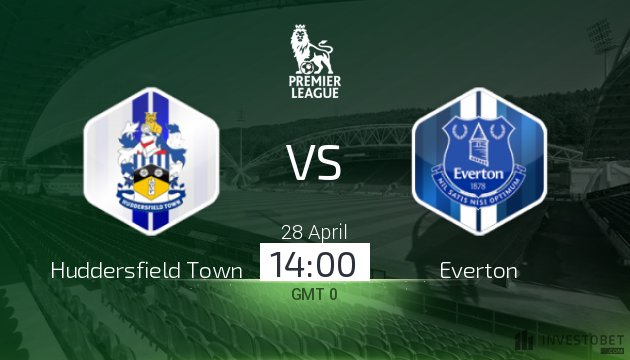 For many Everton fans, this is just another game to see out. For Huddersfield, another win would more than likely secure their safety for next season. Who will come out on top in this end-of-season spar?

The Terriers are missing a few players, though no key players. Elias Kachunga and Danny Williams have played a few games, but Michael Hefele has been a bit-part player this season. Without a game last weekend, they should be flying for this one at home against an Everton side who have a habit of playing poorly when it matters most.

They’ll come into this one with all the belief that another win against a demotivated Everton could help keep them in the Premier League next year. For the home side, though, expect their main threat to come through Tom Ince and Steve Mounier.

Meanwhile, Everton have a fair raft of injuries. Morgan Schneiderlin took a knock last-time out, while Mason Holgate, Gylfi Sigurdsson and James McCarthy are all out for the medium-to-long term. Sam Allardyce is likely to go for a more dogged line-up, then, relying on the pace on the break of Theo Walcott to try and snatch three points.

We should see the Toffees stick with a similar line-up to their 1-0 win on Monday against Newcastle United. They’ll go for the win here, but the squad feels like one in need of immense change, with little motivation to push for a result they don’t need.

If Everton continue in the lackadaisical manner they have for much of 2018, they could be in trouble here. A single two wins from 25 away games in the league means the Toffees need the likes of Wayne Rooney and Phil Jagielka to stand-up to the power and pace of the Town team. If they fail to show leadership again, it could be a long match for the Blues.