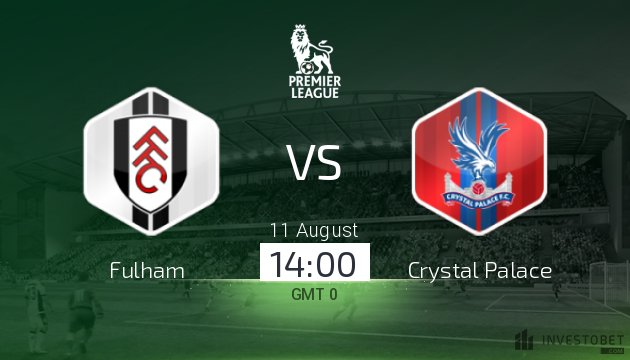 There will be no shortage of affection for Roy Hodgson when he returns to Craven Cottage as an opposition manager this weekend, for the first time in six years and just the second occasion since he improbably guided the Cottagers to a  European final in 2010.

The Croydon-born maestro was regarded a surprise appointment when he rocked up by the River Thames more than a decade ago; a desperate last roll of the dice on an old campaigner whose best years were supposedly behind him. But Hodgson steered Fulham to safety and would stick around for a further three years, culminating with that extraordinary night in Hamburg.

A lot of water has passed under the bridge since they went their separate ways, and it's Hodgson who has most of the stories to tell, but Fulham's four-year exile in the Championship might be driving force behind a winning start against their former boss and his boyhood Crystal Palace side.

Eleven of the last 15 promoted sides have finished in bottom six on their maiden campaign in the top flight but few of them could hold a candle to the Cottagers, who have been a Premier League side in all but name for the past two years under Slavisa Jokanovic.

Slow starts have left them playing catch-up in each of the past two seasons but they purred like a Rolls-Royce once they got going and the patience shown in the process could reap instant rewards in its more natural habitat. If you judge these two teams purely on performance data over the past 12 months, and make the relevant adjustments, the value is surely with the hosts here.

Many pundits are predicting bigger things for Crystal Palace this time around and it's easy to understand why. They had a disastrous start to the last campaign, losing their first seven consecutive matches thanks to the ill-advised appointment of Frank de Boer. Then they suffered an horrendous injury crisis shortly after Christmas, yet they still somehow contrived to finish 11th.

Things could only get better after De Boer's dismissal but the manner of the turnaround was no less remarkable, for which Hodgson takes most of the credit, although their form with and without the irrepressible Wilfried Zaha was stark enough to believe that the Eagles would probably be in a relegation battle if he were to be plucked away by a foreign heavyweight later in this window.

Either way, there's work to do for Hodgson just to get Palace back on par with their mean standards under his tutelage following the departure of two key players in the middle of the park. Ruben Loftus-Cheek has returned to Chelsea following a season-long loan, while Yohan Cabaye has effectively announced his retirement by moving to the Middle East.

The Eagles have done some late business to bolster their ranks in the engine room, capturing Cheikhou Kouyate from neighbours West Ham and luring Max Meyer away from Schalke, but the latter is not in a position to hit the ground running and is unlikely to play any part in this match having been declared short of the required fitness.

Fulham to beat Crystal Palace at 6/4