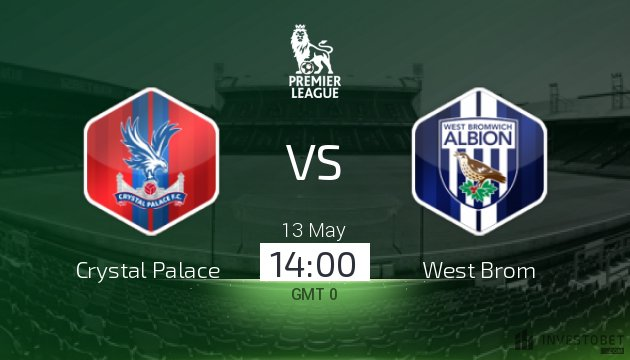 For this match, two teams get to look at each other and wonder how they managed to swap places. Given that Crystal Palace opened the season with a series of dreadful losses, and West Brom started decently, how did they swap so comprehensively?

Roy Hodgson gets to enjoy the satisfaction of leading his local team to safety. After a dreadful start, the veteran has altered the side continuously to get the most out of them. The late-season combination of Wilfried Zaha and Andros Townsend is one that we have applauded numerous times, the duo making up for the profligate and disappointing Christian Benteke.

They come into this one with a chance to give some players a farewell, but also a chance to really celebrate what has been a very good end to the season.

West Brom, meanwhile, probably wish they appointed Darren Moore earlier. The West Brom caretaker has been brilliant, with five games unbeaten so far. While they went down, he himself won Manager of the Month.

They arrive in London knowing it’s all about building for next season. Expect a few of their less harmonious squad members to be conspicuous in their absence, while Moore maybe taps into the youth team to get the next generation a chance to stake a claim.

It’s hard to know definitively, as both sides could mix it up. With Palace perhaps looking to give a few of their more experienced pros a farewell game, and West Brom maybe trying out some younger players, we expect this game to have a pre-season feel to it.