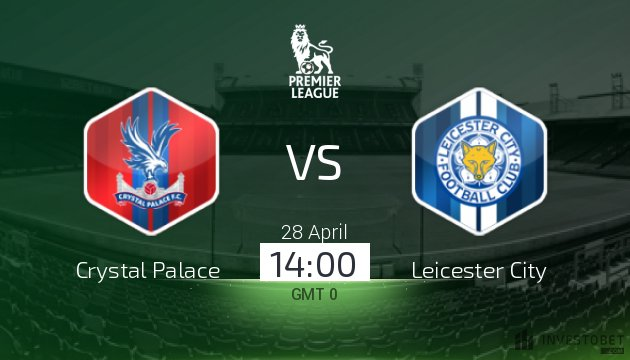 Crystal Palace welcome Leicester City in what is sure to be a frenetic match. With the Eagles looking for another win to guarantee safety, they’re taking on a Leicester side that look a little bereft of belief. Can the Eagles snatch three points from the Foxes?

The home side are still dealing with the build-up of injuries that has made their squad look so weak. The loss of Scott Dann, Jason Puncheon, Bakary Sako and Jeffrey Schlupp has been a significant issue for the club.

The fact that club record signing Christian Benteke has been so poor that Andros Townsend and Wilfried Zaha now start up front together tells you all that you need to know about Palace’ ills.

Meanwhile, the away side could look to give Ben Hamer another game. He replaced the injured Kasper Schmeichel, and could keep his place even if the Dane manages to recover. Wes Morgan, Shinji Okazaki and Danny Simpson are all likely to come back into the reckoning as Claude Puel moves his squad around.

With the Foxes likely to miss out on European football now, it might be a game for their French coach to throw in some experimental line-ups. The loss of Vicente Iborra could Adrien Silva continue his partnership in the middle of the pitch with Wilfred Ndidi.

The main part of the pitch will likely be the midfield battle. This has all the makings of a scrappy game, and how Leicester handle Luka Milivojevic’ power and poise in midfield will matter a great deal. If they can get the Serb flustered, they could win the midfield battle and the three points on offer.