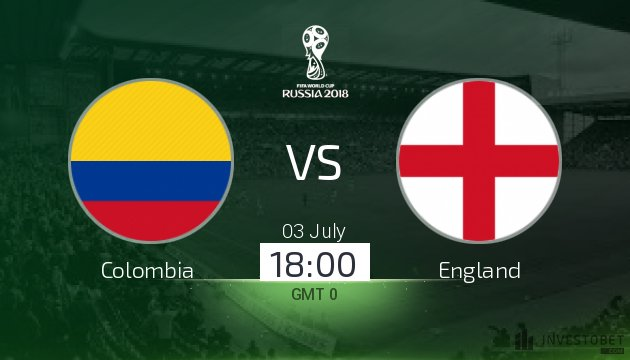 Remember that World Cup England headed to a few weeks ago under no pressure, just looking to enjoy themselves and entertain everyone? Low expectations, they said. The beginning of a new cycle. A good chance to gain some valuable experience ahead of bigger and better opportunities to come. Well forget all that. Their time is now and it’s coming home.

It doesn’t matter that no England team has won a knockout game at a major tournament since 2006, nor that this team has only beaten Tunisia and Panama. The big guns are dropping like flies, leaving the Three Lions with a path to the final beyond their wildest dreams. Colombia, then Sweden or Switzerland, followed by Russia or Croatia. How straightforward is that?

The trouble is, it’s almost impossible for the players to avoid thinking along those lines, at least on a subconscious level. It’s human nature, and it could be England’s worst enemy. No matter what Gareth Southgate says - and what he says is usually perfect in any given context - he can’t remove the awareness that a World Cup final is in plain sight.

This isn’t arrogance. It’s how England should be thinking. Based on past tournament pedigree, they hang on the coat-tails of the elite, reliable to a point but never quite on the same level when it matters most. Stopped by the eventual winners in 1986, 1990 and 2002, eliminated on penalties in 1990, 1998 and 2006, theirs is largely a tale of bad draws and fine margins.

In the past decade or so, there has been a notable decline, stemming from a lack of overall purpose. But if the opening of St George's Park in 2012 was England's version of Das Reboot, then this tournament is the equivalent of Germany 2006 - a timely lift. If your comparative timescale is France and Clairefontaine, Qatar 2022 is when it peaks.

Either way, England should expect to beat Colombia. But in a time period where the weight of history is considered less and less, the waters are muddied by the fact that this is a golden era for Los Cafeteros. The mental barrier of their limitations was pushed forward to the quarter-final stage by their personal best exploits at Brazil 2014.

They come into this game regarding themselves as equals - at least on the surface - and their performances in Group H will have given Southgate plenty of food for thought. In James Rodriguez, they also possess at least one player who would walk straight into the England team, although it's uncertain whether he'll be available.

Reports overnight from Colombian media suggest that Jose Pekerman will set his team up cautiously, using three central midfielders, and James will be fit enough to come off the bench when the game becomes stretched or should a goal be required later on. If true, it implies that, beneath the surface, Colombia do respect the history - and do fear England.

Even in the Copa America, they routinely fall at the group stage or last eight, and their knockout record is sketchy at best - just seven triumphs in 17 attempts, with three of those victories arriving against invited guests from the CONCACAF region. When they lifted the title on home soil in 2001, they did so beating Peru, Honduras and Mexico.

In summary, outside of their own country Colombia have only ever managed three penalty shoot-out wins in nine knockout matches against South American opposition. To come to Europe and eliminate a major European nation would be a major first. Like nothing they've ever done before.

England to beat Colombia at 5/4