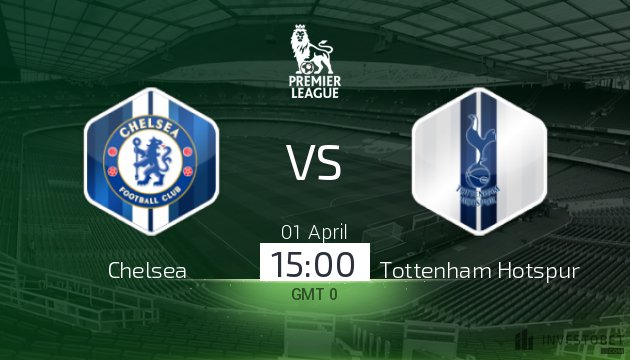 Tottenham need no reminding of their abysmal record at Stamford Bridge over the past three decades. Sweet though it would be for Mauricio Pochettino's men to finally put that hoodoo to bed this weekend, it surely won't be at the forefront of their minds heading into the contest.

With a six-point cushion in the race for Champions League places, avoiding defeat will be the primary objective and a suitable degree of caution should be expected. But such will be Chelsea's desperation to close the gap, the opportunity to triumph on this ground for the first time since February 1990 might just present itself in the closing stages.

The onus is all on Chelsea and for all the turbulence that Antonio Conte tries to create with his thinly-veiled attacks on the club hierarchy, we can be fairly confident he will whip up a storm of some sort in the opening exchanges. The big question is whether the Blues can sustain it, and for how long.

Take home advantage out of the equation and it's clear to many that Tottenham are the better team and in a better place overall at present, a truth even more stark in performance data than it already is in the table. Charting their respective shot data over the course of the campaign only shows the two teams to be diverging even further.

Spurs might not be able to match their hosts for title-winning pedigree and question marks still remain over whether they can, at some stage, convert their obvious dominance over the vast majority of the division into tangible prizes. But there's been a reassuring consistency over the past three seasons that warrants faith in the road ahead.

Just as Tottenham repeatedly flourish at this time of year, so they can be trusted to finish strong in a game of this nature when the conditions at kick-off are so favourable. Even if Conte does have his men fired up and gets his plan right to start with, you suspect they'd need more than one goal to reach the final whistle still in front.

Indeed, it has been a running theme in 2018 for the Blues to come out with the best of intentions and then fade. In the last 12 matches, they've broken the deadlock on eight occasions but have also been beaten in the second half seven times, conceding 13 goals and responding with only five.

On an individual level, you get the impression that Conte still connects with almost every player and they go out wanting to give him their best. But due to his disintegrating relationship with the club, there's simply not enough substance to the words that accompany his emotions, not enough fuel to keep that inner flame burning.

Everywhere you look, the story appears to have run its course - with one notable exception. Conte might be playing it cool when quizzed about the FA Cup but if he's going in the summer, why wouldn't he pour most of his mental resources into that last available piece silverware?

All of which feeds into the likelihood that Chelsea could blow up when push comes to shove here. Even if they consider their hopes to be forlorn, the players must be seen to believe a seven-point turnaround over the remaining eight matches is possible and a cavalier attitude without due conviction might only create a shambles at the moment of truth.

Tottenham to beat Chelsea (draw no bet) at 5/4