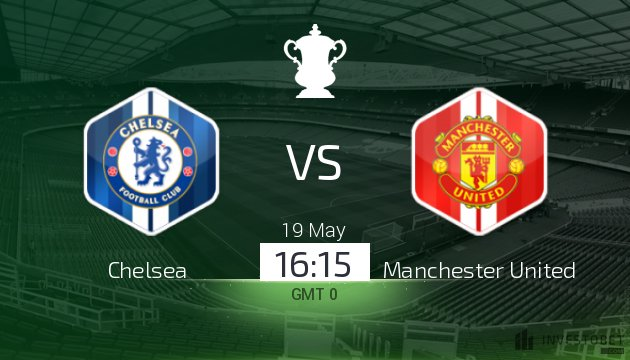 FA Cup finals used to be all about the glory - and to the players and fans who will be part of this occasion, it still is. But to Jose Mourinho and Antonio Conte, it’s as much about avoiding the dreadful prospect of finishing the season empty-handed. The joy in the reward is modest in comparison to the sense of failure that looms in the alternative.

In many ways, you could argue that Conte has less to lose, assuming of course that the widespread acceptance of his imminent departure from Stamford Bridge is correct. If Chelsea get beat, his post-match press conference could be one of the shortest on record and there wouldn’t be a great deal of music to face. Indeed, we might never see him on these shores again.

Mourinho, on the other hand, would be taken to that dark place where he is compelled to defend his reputation yet again, usually at the expense of his own players. And that could be the key difference; the United players have an aftermath to deal with, whereas Chelsea's can brush it off as just another disappointment and crack on with their summer plans.

Either way, we shouldn't expect a classic. For both clubs, success here makes the overall impression of this season just about bearable. And the laws of prospect theory imply risk-averse behaviour in the realm of potential losses that outweigh potential gains. If there's going to be a breakthrough inside 90 minutes, neutrals can only pray it comes early.

Based on performance data over the past 10 months, Chelsea are fractionally the better team with an 'expected goals' ratio of 66.3 per cent compared to United's figure of bang on 66. But the Premier League table obviously tells a very different story, with United finishing the campaign 11 points in front and 16 better in the goal difference column.

On that basis, it's easy to understand why the market pitches them almost each of two but various other dynamics - such as Mourinho's markedly superior record in finals and the expected (but not yet confirmed) return of Romelu Lukaku - mostly favour United and might well put clear daylight between the two sides when the big money arrives in the run up to kick-off.

Conte has never won a knockout competition in his managerial career, reaching just two finals in five years of big-club management (nine competitions). On both occasions, he was merrily turned over by clear underdogs too - first against Napoli at the Stadio Olimpico in his maiden season at Juventus, then against Arsenal 12 months ago.

Mourinho's prowess in these showpiece events is well known but worth reiterating for the sake of clarity. It now stands at 14 finals, 12 of which have ended victorious - and he has never been beaten inside 90 minutes. That's pretty compelling evidence for backing United to lift trophy when you consider the narrative ahead of this game centres around the two men in the dugout.

Manchester United to win the FA Cup at 10/11