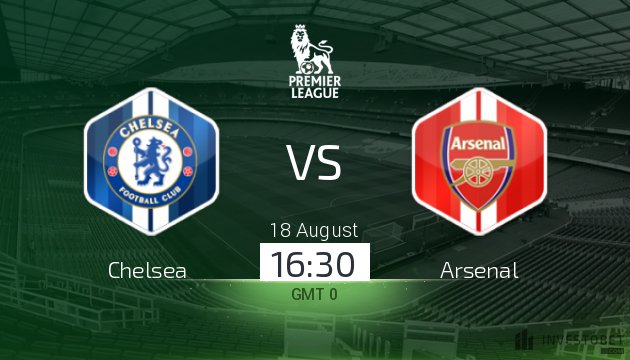 As one of the major Premier League derbies, Chelsea and Arsenal is always one to whet the appetite. A big game awaits, and Maurizio Sarri will want to open his home reign at Chelsea with a win. Meanwhile, Unai Emery will be looking to find some form after an insipid debut game against Manchester City, where they were swatted aside 2-0.

Don’t expect many changes from Chelsea: Sarri knows his XI and rarely deviates from it. With Alvaro Morata likely to get a new lease of life with Sarri in charge, we could see N’Golo Kante and Jorginho share midfield responsibility with Ruben Loftus-Cheek, who came on last week.

Eden Hazard won’t be leaving the Blues, so expect him on the left with the reborn Pedro on the right. In defence, David Luiz and Antonio Rudiger appear to be the favoured duo ahead of Gary Cahill.

Meanwhile, the Gunners will need to see more from central pairing Sokratis and Shkrodan Mustafi. Both were very poor last time out, and it’ll be up to players like Lucas Torreira and Matteo Guendouzi to offer more of a shield. Hector Bellerin should start on the right, with Stephan Lichtsteiner likely to play at left-back again.

Pierre-Emerick Aubameyang should continue to play as a left-sided forward, with Mesut Ozil on the right. Alexandre Lacazette will likely play through the middle.

We can see this being a home win: Sarri seems to have gotten to grips with his squad faster than Emery, which should make it easier for the Blues to produce results and performances in the short-term.