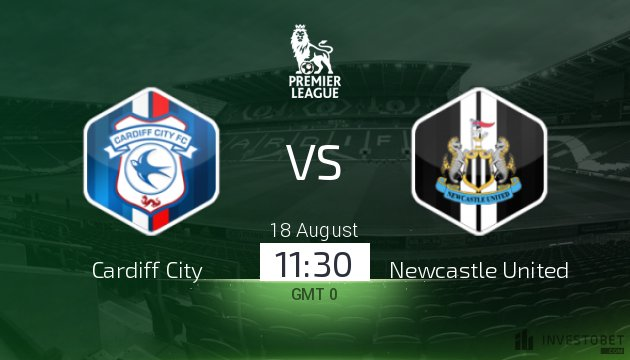 While Cardiff are easily the least prepared of the newly promoted sides, and relegation feels a real worry, they could not find a better game to think about getting points on the board. Rafael Benitez said that everybody at Newcastle United should be “really worried” – another loss here would make that feel almost certain.

Neil Warnock will likely go with his 4-4-1-1 formation again, looking to get the best out of Junior Hoilett, Josh Murphy and Bobby Reid. Up top will be Kenneth Zohore, by no means a prolific goalscorer at Championship - never mind Premier League level.

For Cardiff, it’s going to be about how Sol Bamba and Sean Morrison blend at the back: if Warnock can find a way to keep them covered, they should be OK this year.

Meanwhile, the Toon are going to be giving Ciaran Clark and Jamaal Lascelles a chance to keep their defensive pairing intact. In front of them will be Mohamed Diame and Jonjo Shelvey, with Salomon Rondon and Ayoze Perez playing just off the forward.

Kenedy will continue to play on the left-hand side, covering for Paul Dummett. Javi Manquilo might come in for this one, too, with Matt Ritchie ahead of him.

We can see this being a tight game, with Newcastle just sneaking it. Cardiff don’t look great at this level, but if they are going to do anything it’s going to be in games with teams that are lacking in morale like Newcastle. Regardless, we predict an away win.