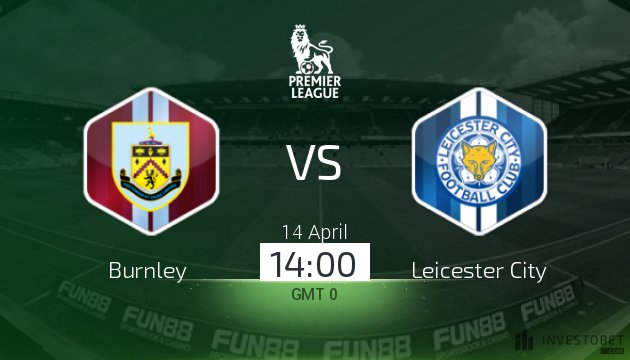 For Burnley, a win here would edge them closer to securing seventh spot and thus probable European football in 2018/19. For Leicester, a loss at home to Newcastle followed by a Burnley win here would leave their European hopes in doubt. Who comes out on top here?

For Burnley, the loss of Robbie Brady, Jonathan Walter, Steven Defour and Scott Arfield leaves an already small squad looking very light. Add in the fact that Johann Berg Gudmundsson and Ben Mee might miss out here and it’s easy to see why Clarets fans are a little worried about squad depth.

Ever the pragmatist, manager Sean Dyche will likely line up with the same starting XI from last week, injury permitting. The loss of so many players, though, does leave them in a pickle. If things aren’t working right, is there enough on the bench to suffice?

The Foxes, meanwhile, are in major trouble with injuries. Wilfred Ndidi is out with suspension, meanwhile Matty James, Vicente Iborra and Daniel Amartey are all out too. With a lack of central midfielders, it’ll come down to the likes of Adrien Silva and academy prospect Hamza Choudhury to come into the side and provide something special.

Shinji Okazaki might come in for a start. He set up a consolation goal for Jamie Vardy last time out, and is one of the most well-respected Leicester players among fans. If they can get him back in the side, they might get something.

The main challenge will come down the left-hand side of the park,. Stephen Ward and Georges-Kevin N’Koudou provide a solid buffer for the Clarets, but Riyad Mahrez and Danny Simpson offer an attacking threat of their own. Whoever comes out on top on that side will play a part in deciding this match's winner.