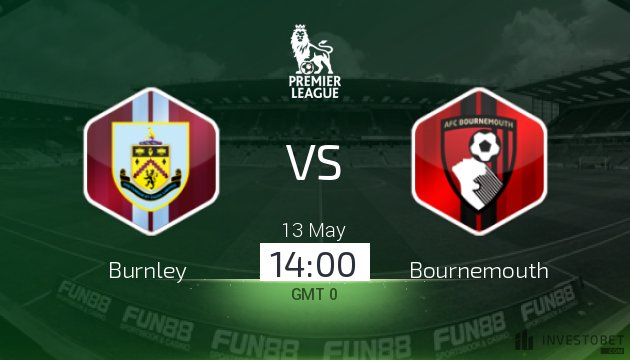 Among many final-day matches, this is one with very little riding on it. Both teams come into the end-of-the-season curtain caller with the knowledge that they have enjoyed a productive, positive and rewarding season.

Sean Dyche comes into the final match knowing he’s got a European trip to look forward to next season. The Clarets have secured a Europa League place, and will be able to show off Turf Moore to some of Europe’ more fancied names next term.

Until then, we expect this to be a game where Burnley give a few loyal servants a chance to say goodbye. The likes of Scott Arfield are likely to leave, and we expect Dyche to give a few of these players a chance – even off the bench – to get an opportunity to thank the fans.

Meanwhile, Eddie Howe arrives in Lancashire in a very good mood. While they’ve only won of their last five, Bournemouth were safe long ago. Their tally of 41 points leaves them 12th, and with Howe knowing that some more experience next year could see them break into the top half.

Like Burnley, it’s been a productive season. Impressive results and some interesting developments, especially that of Nathan Ake, leaves Cherries fans with an eye on the future. This game is a chance for Howe to give a few players who will depart a justified farewell.