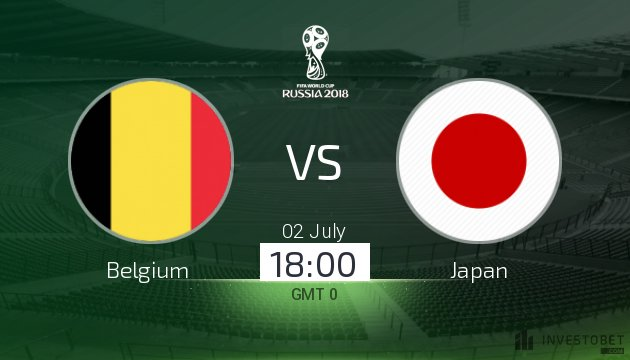 Fresh from their solid enough win over England, Belgium now wait for Japan to come along. Japan are a good side, but are up against a team that has won their last three games at World Cup level. Belgium are in fine form, and should feel more than comfortable about the prospect of putting out a well-drilled but stodgy Japan side.

With Vincent Kompany and Romelu Lukaku set to be fit, expect Belgium to go full strength. The Red Devils know their firepower outmatches just about any side in the tournament, and should feel confident of making enough chances to beat a Japan side who struggle against robust forwards.

With both Michy Batshuayi and Lukaku available, Belgium can do plenty of damage.

Japan will be looking to use their craft to try and get behind an offensive Belgian side. While they lack pace, Japan have plenty of craft in the likes of Takashi Inui and Shinji Kagawa. Belgium should offer them space to play in as a result of their offensive nature, so we should see the Samurai Blue get some opportunities.

Whether or not they take them, though, will be entirely dependent on finding a confidence in front of goal they have sorely lacked previously.

We can see Belgium winning this quite easily. Japan are decent, but they lack the pace and the clinical nature in front of goal to beat a world-class Belgium side.