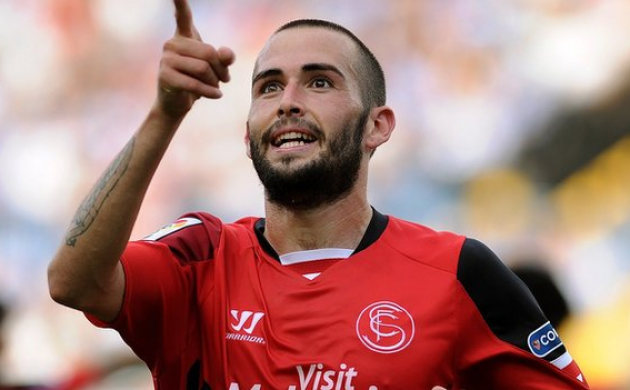 Champions League winners Barcelona have signed Sevilla defender Aleix Vidal for a reported fee of £16m - despite their transfer ban.

Barca were banned from signing players in 2015 after being found guilty of breaching Fifa's rules on the transfer of players aged under 18.

They have signed 25-year-old Vidal on a five-year deal now but he will not be able to play until January 2016.

Vidal is set to replace Dani Alves at right-back, with Alves out of contract.

Catalan Vidal started his career with Barca's rivals Espanyol but left without making an appearance and was part of the Sevilla side who won the Europa League last month.

Barca, who won their fourth Champions League trophy in the last nine years on Saturday by beating Juventus 3-1 in Berlin, were given the ban for two transfer windows for breaking transfer rules.

Fifa rules state that international transfers are only permitted for players over the age of 18 - unless the player in question meets one of three qualifying criteria.