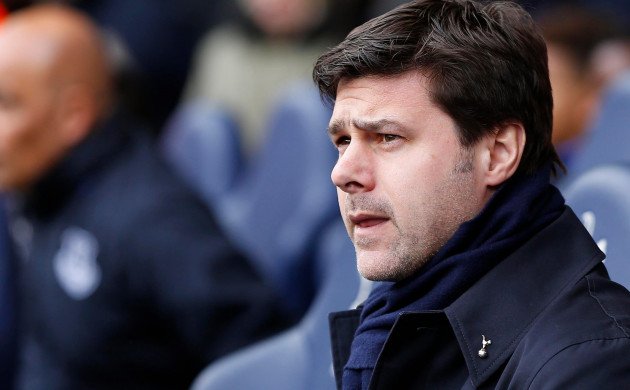 It is testament to the excellent job Mauricio Pochettino has done at Tottenham Hotspur that his side’s 2-1 victory over Manchester United on Sunday afternoon did not come as a shock. On the contrary, it would have been much more of a surprise had Spurs lost to the 20-time English champions, who tended to enjoy the upper hand at White Hart Lane until very recently.

In the last match ever played at the club’s famous stadium, Tottenham turned in the type of performance that they have become renowned for under Pochettino. Both of their goals may have come from set-piece situations – even if the opener, a header from Victor Wanyama, was not assisted by the free-kick which began the move – but the hosts created plenty of open-play chances throughout, with United at times unable to deal with their aggression, intensity and all-round quality.

It has become common for Tottenham to overwhelm and overpower their adversaries at White Hart Lane, and this was just another example. United did pull a goal back through Wayne Rooney in the 71st minute, while Anthony Martial had a couple of opportunities to get his own name on the scoresheet either side of half-time, but it would have been difficult for even the most ardent of United supporters to argue that they deserved more from their latest trip to north London.

Pochettino’s young and energetic side are so difficult to play against at their home ground: as was the case here, Spurs press high up the pitch, dominate possession and play a large chunk of every game in the opponent’s half of the field. This was their 17th success in front of their own supporters in the Premier League this term, with Liverpool and Leicester City the only two teams to have avoided defeat at White Hart Lane.

Tottenham have scored 47 goals and conceded only nine in that time, while the victory over United was their 16th in a row at their own ground in all competitions. There must be a slight degree of concern among supporters about the potential adverse effect that temporarily playing at Wembley could have on a team who have already wrapped up a second-place finish, but for now it is simply worth acknowledging just how brilliant Spurs have been at White Hart Lane throughout the current campaign.

"It was a perfect performance and I am happy for the victory for our fans. It was a fantastic victory which the fans deserved,” Pochettino said.

"We had the control of the game and played better. It was another great performance at White Hart Lane and now we have to focus on the last two games [away to Leicester and Hull City]. We are playing against Manchester United and they have very good players.

“They have been prepared to win the league and win big things. It is great to achieve second position and it is fantastic for us. We have been unbeaten at home all season so there are a lot of things to be happy about.”