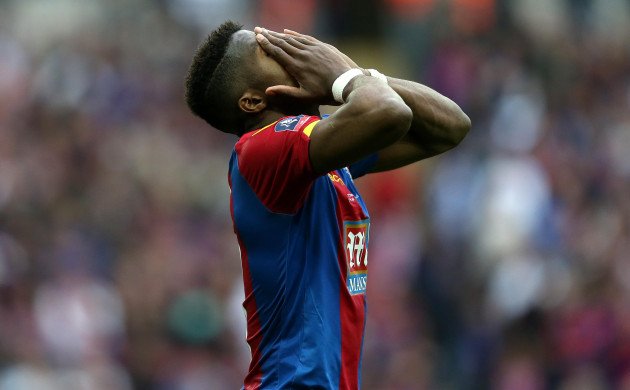 “On his day he’s a nightmare to play against” is a phrase often used to describe talented yet inconsistent players, most of whom ply their trade in the lower echelons of the Premier League.

Wilfried Zaha has had the on-his-day tag hovering above his name ever since his unsuccessful stint at Manchester United, and with good reason. The Crystal Palace winger was somewhat of a YouTube footballer in the early stages of his career – capable of flashy moves and the rare stroke of genius, but ultimately unable to significantly change the outcome of matches on a regular basis.

That perception has been shaken off this season, though, with Zaha taking his game to a whole new level – one which has piqued the interest of Mauricio Pochettino’s Tottenham.

With Chelsea playing yet another antagonistic role in Spurs’ bittersweet story of perpetual evolution, the north London outfit look set to miss out on the league title. In large part, that is due to a disappointing run in the early weeks of the season.

Losing out on the championship to a Chelsea side led by Antonio Conte is nothing to be ashamed of, but Spurs still have no silverware to show for their recent upward trajectory. They look like the real deal and play like the real deal, but until they win a major piece of silverware they are always going to be just below the level they aspire to reach.

Tottenham are thus likely to utilise the summer transfer window to full effect, although their patchy recent record in the market means they may be wary of venturing beyond the shores of the Premier League for transfer business this time around. Coupled with their limited budget and restrictive wage structure, there is only a small bracket of players that Tottenham can realistically attract.

Zaha is one of them. The Ivory Coast international is finally realising his potential in his second spell at Palace, who he has carried for large portions of the current campaign. Even when those around him are playing poorly, Eagles fans can always look to Zaha to offer an escape route with his tricky footwork and dribbling skills.

Palace are already making a spirited attempt to tie Zaha down to a new deal due, but a Tottenham bid could turn the wide man’s head ahead of next season. A reported £30m price tag seems like an accurate valuation now that he has added productivity to his game – as evidenced by his six goals and nine assists this season, which is a huge step up from his meagre tally of two goals and one assist in 2015/16.

Pochettino could help Zaha hone his talent in a similar manner to Dele Alli, while his age means he could hypothetically be sold for a larger profit in the future – something that will no doubt please chairman Daniel Levy. Zaha may not be a regular starter in his debut campaign at Spurs, but he would add depth to the squad and should receive enough minutes across four different competitions to keep him happy.

Perhaps the primary reason for Tottenham’s defeat by West Ham United on Friday was the lack of game-changers on the visitors’ bench. To win a league title or cup competition, a super-sub is just as important as a reliable goalkeeper, dependable centre-back, creative midfielder or 20-goal-a-season striker. Spurs have ticked all those boxes, bar the super-sub.

When Alli, Harry Kane, Christian Eriksen and Son Heung-min are unable to pick their way through deep defences, Spurs’ play can become ponderous and predictable. They are missing an injection of flair and panache, which are two of the qualities that Zaha would undoubtedly provide: the Palace man’s pace, unpredictability and effectiveness in one-on-one situations would reduce the likelihood of Tottenham being held back by an inability to break down opponents.

With Spurs set to challenge on multiple fronts next season, Zaha’s presence in the squad would improve their options from the bench and afford Pochettino the opportunity to rotate his forwards more often. The winger should be top of Spurs’ shopping list this summer. 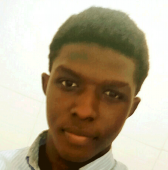 Phillip Ekuwem is a freelance football writer. His work can be found on the Daily Mirror, Football.London, Football Whispers, Planet Football, Tribal Football and others.