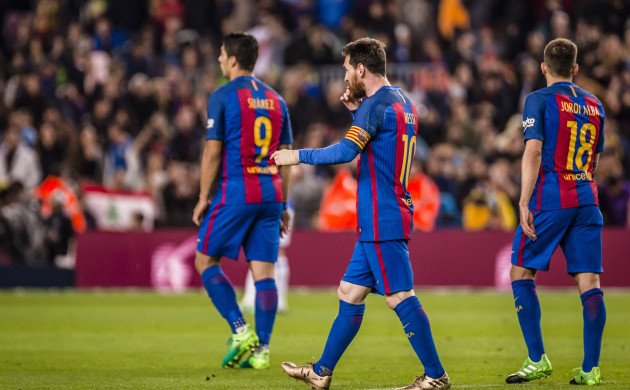 It may sound incredible to suggest that a team who have won 17 of their last 23 matches are seeing their season spiral into obscurity, but that is the situation facing Barcelona right now. In the space of a week, both their European and domestic title aspirations could be all but over: the Catalans trail Juventus by three goals in their Champions League quarter-final, while Real Madrid are three points clear at the top of La Liga ahead of Saturday’s Clasico.

These are the types of games that Barcelona are expected to be involved in, but the level of expectation around the club means that failure to win every competition they enter constitutes failure. It is a skewed nonsense, of course – only one side can claim each trophy in any given year – but when Barca fail to win it all, something is deemed to be wrong. And when something is wrong, the Blaugrana react in a similar way to most of the world’s biggest sides: spend, renew, refresh.

Paco Alcacer may yet improve if given more game time, but Andre Gomes’ style is utterly incompatible with what Luis Enrique has been asking of him. It really should have been clear that neither player was a good fit.

There, of course, lies another part of the Barcelona renewal. Lucho is off for a rest and a new manager will come in. The suspicion is that the new boss will have a history of playing, or adapting to, a 4-3-3 base system, but the midfield arrangement needs work if it is to become Barcelona’s focal point once again.

It is too early to speculate on style until we know who the manager will be, but the limitations of placing such importance on the frontline have been abundantly clear in the second half of the current campaign. Where the midfield does not have control, the attackers are starved of service. Where the central area of the park is then dominated by a strong opponent, the fragile backline – both individually and tactically speaking – is too often exposed.

Marc-Andre ter Stegen’s stock has risen considerably this season, which says much about how often he has been overworked. It also points to where Barca must be far smarter in the market this year.

This will in part be down to who they appoint as Luis Enrique’s successor, but a long-term vision is also required, made easier by Barcelona’s habit of (usually) playing the same formation, (mostly) with the same style, year after year.

A controlling midfielder; a reliable full-back option; someone to link play through the thirds when Andres Iniesta is rested, rotated or unavailable, as is happening with greater frequency these days. Each of these must figure high on Barca’s wish-list for the summer, alongside a manager who can gel them together with greater balance between front and back. The Barcelona side of a decade ago got away with having a less-than-stellar defence because the midfield was so dominant; without that central assurance under Luis Enrique, both ends of the pitch can struggle in certain matches.

That is the biggest challenge facing the incoming coach. It will be difficult, especially as he will also have to deal with star names and their aspirations, egos and judgements, and the home crowd’s desire for perfection.

But the board have control of transfers, and it is they and the scouting department who must be smarter this summer. More Umtiti, less Gomes.

The task of catching and matching Real Madrid – and Juventus, or whoever else goes on to reach the Champions League final – will be tough enough for the manager. It will become even tougher if money is wasted, key positions are not filled and rushed decisions are made in the market.

The one big advantage Barca have right now is the fact that the team’s problems are easily identifiable, and the good parts are formidable. Select the right managerial candidate, add the critical couple of additions needed and they are immediately back among the frontrunners next season. From there, expectations can once again sky-rocket. 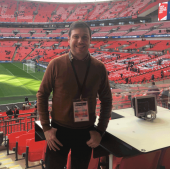