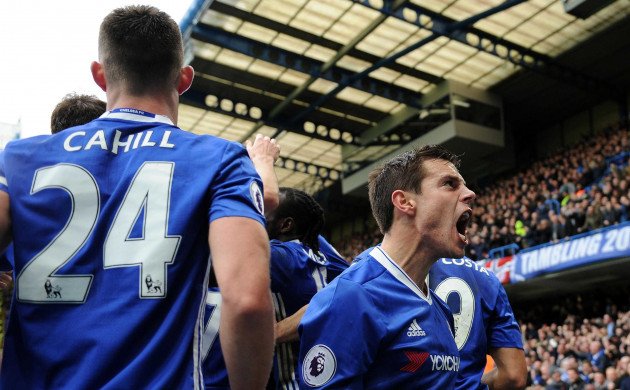 In retrospect, our assertions were laughably naive. When, 10 years ago, the Premier League’s yearly income ballooned from millions to billions, we anticipated an era of English domination in Europe. But after seven years of being cut adrift from the continent, there is an overwhelming sense of embarrassment regarding the current aesthetic state of English football.

For the richest league in the world, contributing just 10  quarter-finalists and four semi-finalists in the last seven years of the Champions League is as humiliating as, say, the world’s richest club finishing outside the top five, or relegation candidates clambering their way to the title with just 81 points. There must be an awful lot of schadenfreude felt around mainland Europe right now.

The Premier League is a scatty old place. The half-formed ideas of bored billionaires have made for clumsy title battles in recent years, while trigger-happy chairmen stagnate in an arrested development borne from the assumption that wealth automatically creates power. Hurling money at superstar players superseded investment in cultural identity as clubs bought their way to the top, a model which, it turns out, is hollow and vacuous. It should come as no surprise that English clubs attempting shortcuts – buying concepts, not forming them – led to a cul-de-sac where nuance and intellect were conspicuously absent.

It is no wonder, then, that English football has lacked a clear tactical identity ever since the grinding, mind-numbing era of Rafa Benitez vs Jose Mourinho, whose strong and stable leadership quietly suffocated opponents in Europe and congealed the frantic tempo that had defined the country for so long. But instead of their ideas gradually spreading throughout the division after both moved on, constant managerial rotation saw the old pattern repeated ad infinitum: buy a team, fail, buy bigger, fail, repeat.

Yet Leicester City’s title win proved to be a turning point, so embarrassed were boardrooms by this perfect satire of their affluence and excess. Claudio Ranieri’s team lifted the Premier League title with garishly simple tactics that channelled English football of the 1990s, proving money had created such a shallow mindset that we had circled back on ourselves. Despite its wealth, English football had absorbed absolutely nothing since Benitez’s Liverpool side peaked in 2006.

Naturally, there was only one way the Premier League could solve its lack of tactical sophistication: buy it from someone else.

Antonio Conte, Pep Guardiola, and Jurgen Klopp entered the English top flight as arguably the three most famous tacticians in world football, and after a transitional year all three have created thoughtful, cohesive teams capable of ending England’s seven years in the wilderness. Next term should see our initial predictions finally come true: English teams will begin challenging the likes of Juventus, Real Madrid and Barcelona for the continental crown from 2017/18 onwards.

Liverpool are the wilder of the four to qualify this season, though Klopp has enjoyed an excellent record in European competition and brings a cultural knowledge unrivalled in this country. The Reds’ run to the Europa League final in 2015/16 featured precisely the sort of exhilarating, never-say-die football Anfield has always embraced, and in the Champions League this will surely be helpful. Liverpool are also among the fittest sides in the Premier League, playing a brand of gegenpressing football that is both modern and adaptable. Klopp’s recent switch to a narrow 4-4-2 diamond is a reminder of the flexibility that helped Borussia Dortmund reach the final in 2013.

Chelsea have bucked the English trend and remained threatening on the continent from 2011 onwards – a trend which looks set to continue, not least because Conte’s bullish counter-attacking approach is perfectly suited to eking out a two-legged victory against Europe’s most accomplished teams. A spine of Thibaut Courtois, David Luiz, N’Golo Kante and Eden Hazard is as strong as any in world football, and in Conte, they possess one of the most astute and obsessive tacticians in the game. His Chelsea side is just as complex as Atletico Madrid or Juventus.

Tottenham Hotspur were unlucky that their worst period of the season coincided with the Champions League group stage; Mauricio Pochettino, after all, has created a superbly dynamic young team that is more malleable and robust than any other in the top four. Close analysis of why they can be successful in Europe is hardly necessary.

Manchester City are perhaps the most difficult to analyze after a bizarre first season for Guardiola, whose constant thirst for experimentation has raised eyebrows throughout. But an extensive clearout in the summer (the squad effectively rotted away under Manuel Pellegrini) should help consolidate their new identity and result in at least another quarter-final appearance.

All four of these teams, plus Manchester United if they beat Ajax on Wednesday, should help restore some pride in English football, but equally important is the notable absentee. Arsenal’s failure to qualify automatically increases the likelihood that English clubs will make it further in the competition, as well as represent an important symbolic shift away from Arsene Wenger’s outdated tactics. The Frenchman’s non-confrontational, possession-centric style has been an enormous contributing factor to the brittleness of England’s national footballing identity for the last decade.

Money does indeed buy power, but the process still requires time, patience and intelligence. The influx of trendy young coaches was an emphatic response to Leicester’s fairytale, and after a year of careful reshuffling, the update is complete. Whether or not long-term lessons have been learned, the current top four should all be major players in Europe next season. 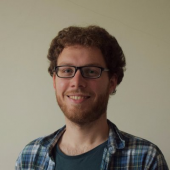 Alex Keble is a freelance sports journalist based in London who writes for the likes of FourFourTwo, The Independent, The Blizzard and BT Sport. He specializes in tactical analysis and all things Premier League.