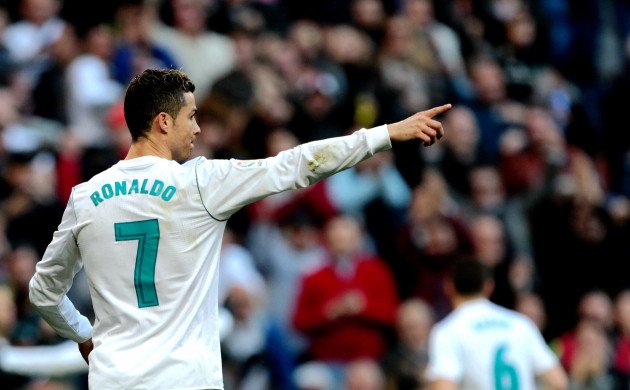 Whenever Cristiano Ronaldo’s life isn’t perfect, rumours quickly begin circulating that he is ready to return to Manchester United.

The stories appear during most transfer windows and tend to gain momentum whenever Ronaldo is looking to be paid more money or isn’t receiving the adulation he demands from the Bernabeu crowd.

There was a time when United fans would allow themselves to believe the rumours and get excited every time, but enthusiasm has waned now. Firstly, because they have become accustomed to being let down, but secondly because Ronaldo is no longer the player he used to be.

That’s not to say he isn’t still capable of moments of magic, because he clearly is a fantastic footballer. But by his standards, he’s having a poor campaign, with 'only' 18 goals in all competitions.

Last season was the first time Ronaldo didn’t score 50 goals since 2010, racking up 42 in 46 appearances. This season his numbers are much worse; he appears to have lost his magic touch in front of goal.

Real Madrid are currently fourth in the table, a massive 19 points behind league leaders Barcelona, and Ronaldo is feeling the strain of his lack of productivity.

Gareth Bale, who was signed a future replacement for Ronaldo, has struggled in Madrid - mainly due to injuries - but his return to fitness this season has also brought a return to goalscoring form, with five goals in his last five appearances.

Ronaldo wants to be the star of the show and it won’t sit well with him to see someone else stealing the limelight, which has no doubt contributed to the latest bout of rumours.

Having signed a contract extension as United manager, Jose Mourinho has discussed the chances of Ronaldo returning to Old Trafford.

“Madrid is on fire - the results are not good,” he said. “But it's a club where I worked for three years and I care about the club. I think I should be the last one to add some fuel to the fire. To put some water on the fire, I would say Cristiano is the kind of player that every manager wants, every club wants, but only one manager can have and only one club can have - Zidane and Real Madrid. That's my feeling.”

Mourinho has always distanced the club from the stories linking Ronaldo to a move to Manchester, so this was nothing new, but you have to wonder whether the manager would even be interested in being reunited with his compatriot.

United’s former No.7 would cost a fortune in wages and, while the Glazers would love to have another superstar in the squad, Mourinho would likely want a top salary used more effectively.

Zlatan Ibrahimovic provided a decent return for a good wage last season, particularly with his goal to win United the EFL Cup, but signing him up on another contract this season was a premature move that hasn’t paid off.

Bringing Alexis Sanchez in to the club was an incredible coup, but Mourinho will want to see greater longevity in future signings. Ronaldo is a couple of months away from his 33rd birthday and has already peaked.

While his return would have been brilliant a few years ago, the ship has sailed on this deal. Ronaldo may be looking at PSG for his next big pay day and another chance at the Champions League, particularly if Neymar leaves in the summer.

Ronaldo’s name is still sung at Old Trafford and the fans will always love him for his contribution to their success, but any talk of him having a second bite at the cherry should be dismissed.