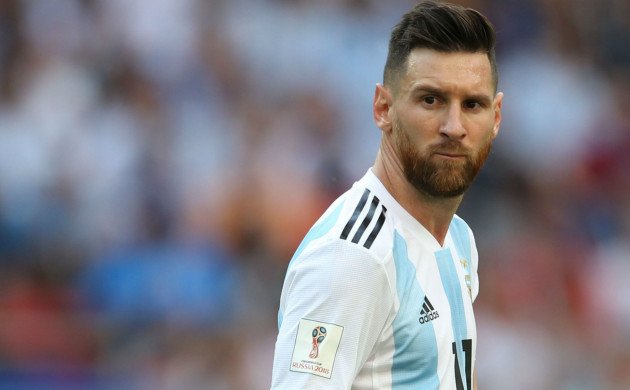 After taking Barcelona to the domestic title, the time has come for Lionel Messi to focus on the bigger prize – the Champions League, which has eluded the club since 2015.

And after that, it will be the hour to chase something that could be described as even bigger. In the modern age the Champions League is probably the biggest test of sheer quality. Messi has already won it three times, and followed it up with the Club World Cup. What he still lacks – the gaping hole in his career – is a senior title with the Argentina national side. He helped win the World Under-20 Cup in 2005, and the Olympic gold medal three years later. But no World Cups, and no Copa Americas.

There have been times when it seemed the chase was over. He briefly flirted with the idea of international retirement in 2016, after the heartbreak of losing three finals in consecutive years. And he did not feature in any of Argentina’s post-World Cup friendlies – until returning in March for the game against Venezuela. This is a clear sign that Messi is prepared to put himself through one last cycle in the quest to complete his legacy by winning something with his country.

Presumably the story cannot be stretched beyond the next World Cup in Qatar, when he will be 35 and a half. Before that, there are two opportunities.

The next Copa America takes place this June and July. A year later, there is another. The competition is switching from odd to even years, opening up the chance for Conmebol to slip in an extra tournament in 2020. This year’s Copa takes place in Brazil. Next year’s is bizarrely split between Argentina and Colombia. This leaves Messi with a dilemma. Should be make himself available for both?

Time is running out. Tragically for football fans, the end of his career is much closer than the beginning. Part of him must surely be straining at the leash to play in both 2019 and 2020, thus maximising his chances of success.

But there are risks – and they were clearly seen in that 2014-16 period, when Argentina fell 1-0 to Germany in the final of the World Cup, and twice went down on penalties to Chile after goalless draws in the decider of two Copas. Messi illuminated these tournaments with some magical moments. But he was obviously not running on a full tank of gas. With Argentina much less compact on the field than Barcelona, he was often obliged to drop deeper to pick up possession, and covering more ground took its toll. There was evidence of end-of-season burnout in his displays. Rather than having an influence on the entire game, setting up his own control centre, he spent much of time wandering with his head bowed, saving his energy for decisive bursts.

And that was while he was in his late 20s, at his physical peak. He turns 32 during the 2019 Copa – and he has surely followed the developments in the career of his one-time Barcelona team-mate (and adversary in those Copa finals) Alexis Sanchez. Manchester United’s disappointing big money signing played four summer tournaments in a row between 2014 and 2017, and has surely paid the price.

If Messi opts to ration himself to one of the two Copa, then it should be an easy decision to make. All the advantages are with 2020.

For a start, part of the action will be on home ground.  It is not yet clear how the knockout stage will be divided. A political tug of war is currently taking place between the two hosts at opposite ends of the continent. But it has already been established that Argentina will play their group games at home.

Moreover, next year’s games will take place in a much more meaningful context. The role of the Copa in recent times has been to kick off a new cycle of competitive matches, preparing the teams for the next set of World Cup qualifiers, which start soon afterwards. But with the Qatar World Cup happening at the end of rather than the middle of 2022, the qualification process has also been put back.

In the normal way, the South American qualifiers would get going this September or October. This time, though, they do not get underway until March. The 2020 Copa comes after just two rounds have been played, and will be an excellent opportunity to fine tune the teams.

By then, of course, Argentina will surely have appointed a long-term coach. At the moment they are still under the caretaker regime of the inexperienced Lionel Scaloni. A number of other teams have only recently appointed their coaches. The 2019 Copa, then, looks set to be full of undercooked sides.

Playing next year’s Copa – in front of a home crowd with a long tern coach – is surely impossible to resist. But if Messi also opts to play in Brazil this year then we can come to a clear conclusion – that he thinks it is worth risking burn out in the quest to get his hands on a senior international title.