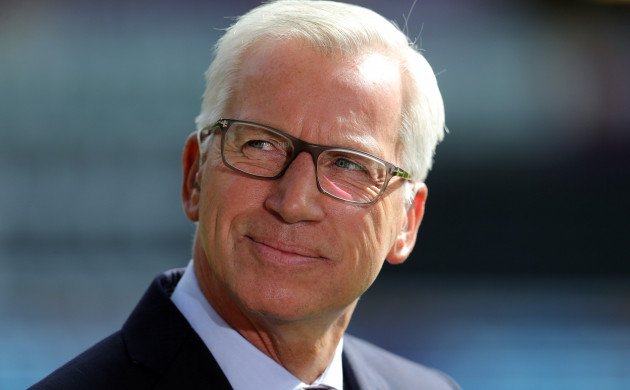 At the time of writing, Alan Pardew is still clinging to his job. However, whether West Bromwich Albion dismiss him or not, the club seems to be on an irretrievable nosedive towards relegation.

It will be a terrible failure. Given the many limitations of the teams above them, West Brom shouldn’t be in the position that they are. They may not have shown a great deal of ambition in the transfer market in recent seasons, but their squad is still comparatively strong - at least compared with Newcastle, Huddersfield, and Brighton, all of whom are comfortably out of their reach.

And yet here they are, ready to end a mini-era of stability and plunge back into the Football League. Sad, but probably necessary - and maybe even something to hope for.

According to media reports late on Sunday, Pardew’s job is safe by virtue of there being no other candidates. Or at least, no other candidates who spring immediately to mind. It’s the same lack of imagination which makes them a necessary victim this season. The decision to appoint Pardew in the first place was so devoid of nuance and foresight that, really, it warrants preservation as a cautionary tale.

His managerial reputation makes it plainly clear why he got that job: he’s a quick-fix merchant. Not someone likely to oversee a change in stature or any substantial growth, but a coach capable of winning five or six games, potentially jolting a team away from the relegation zone and then, for the rest of his tenure, overseeing a slow slide back to the same position His time in charge of Crystal Palace and Newcastle provide damning evidence for what happens after that initial bounce, but West Brom evidently weren’t concerned by that. They are just another club content to ride the thermals of reactive policy.

To be more conspiratorial, that appointment also evidenced the lingering cronyism within English football. Pardew was a preferred candidate because he was a known commodity, a master of all the intangibles which don’t really mean anything. He knew the league and has coached against many of the players he was inheriting. He also had a prior relationship with the club’s sporting director, Nicky Hammond, after the pair worked together at Reading.

They were phantom credentials. The basis for giving someone a chance at a cash-strapped League One team, but not at a Premier League club who could afford to attract applications from all over the world. Tony Pulis might have constructed a bottom-heavy squad, full of obdurate centre-halves, but it was still an attractive job; suitable for some fresh-thinker from Portugal or France perhaps, or for someone with enough ideas to capture the players’ imaginations.

That didn’t happen, so it’s little wonder that the playing staff have exuded signs of disengagement ever since. From taxi-gate to the sustained poor performances to the sporadic reports of mild mutiny, this is evidently a team who haven’t bought into their new manager’s vision. Their lack of professionalism reflects poorly on them, but it’s also a consequence of the working environment which has been created. It’s uninspiring and dull: the same kind of manager with the same ideas speaking in exactly the same voice.

At the very least, one would have expected a coaching change which raised the level of accountability at The Hawthorns.Pardew, with his vast array of excuses and capacity to shift blame was really a move in the opposite direction and one which, evidently, has allowed to deteriorate even further.

This must end. Not every Premier League club should be pushing their chips into the middle of the table at every opportunity, recklessly chasing dreams which are beyond them, but there has to be greater method. In fact, it could be argued that - in West Brom’s case, given the recent history - the right manager is definitely not the one they know. It’s not a question of taking risks, rather of being smart.

The hope, then, is that West Brom become a cautionary tale. If indeed they go down, the silver lining should be the caveat it will create against this kind of appointment. The one which makes everybody’s eyes roll, the one with the entirely predictable conclusion.