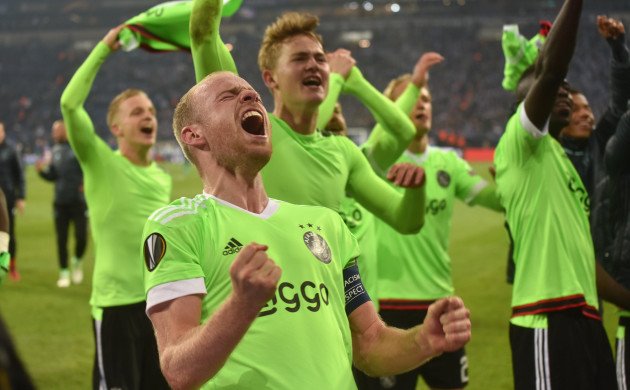 Watch out Mourinho: Ajax the entertainers are good enough to beat Manchester United and win the Europa League

On 24 May 2017, Ajax will play their first European final since the 1995/96 Champions League final against Juventus. That particular date will also mark the 22nd anniversary of their last European triumph – also the Champions League, which was won by a squad boasting the names of Frank Rijkaard, the De Boer twins, Danny Blind, Patrick Kluivert.

The names Kluivert (for Ajax) and Blind (for Manchester United) will again feature in the Europa League final this year, but that is pretty much the only thing that is similar between the Ajax outfit of the mid-1990s and the one hoping to beat Jose Mourinho's men on Wednesday.

Peter Bosz’s Ajax are in fact a throwback to a side that predates Louis van Gaal’s ’95 generation. They employ a radical variant of pressing, adapted from the ‘five-second rule’ which dictates that possession must be regained almost immediately after it is lost. It is testament to Bosz’s tremendous work that even creative players like Hakim Ziyech, who played as a more conventional No.10 at Twente last season, has bought into the ideology and fully committed himself to pressing hard when Ajax lose the ball.

The sheer intensity of Ajax’s play does not take anything away from their ability to weave intricate possession on the pitch, with the aforementioned Ziyech often at the forefront of Ajax’s attack. In Amin Younes, there is a very legitimate dribbling threat on the wing; with a physique and low centre of gravity not dissimilar to Eden Hazard, Younes is adept at twisting and turning past opponents and getting into good positions in the box.

While the end product has been lacking at times this season, Younes – who was recently called up by Germany – has produced some of Ajax's most decisive individual performances in Europe. His runs down the left flank ensure there is good variety to the Ajax attack, complementing the plan A of quick passing to create goals.

While Ajax’s midfield cannot boast names of such fame as Paul Pogba, it does feature a Pogba-lite player in Davy Klaassen. The club captain, who started out as an attacking midfielder and was once touted by Johan Cruijff to become a Xavi-esque controller, has ended up somewhere in between: a box-to-box midfielder who contibutes in multiple areas but is not necessarily an overall influence with the ball. Klaassen has a Frank Lampard-esque eye for getting into the right spaces in the box at just the right time; he has scored 20 goals this season, just three fewer than top scorer Kasper Dolberg.

There has been no lack of attention directed at Dolberg this season. Very few people expected him to be involved in the first team­­, let alone to become one of the side's best players. After all, Ajax signed Colombian teenager Mateo Cassierra and Chelsea loanee Bertrand Traoré in order to replace the Napoli-bound Arek Milik. And yet, with the latter unable to produce the goods in front of goal early on, the Dane solidified his claim to be Bosz's first-choice No.9.

Dolberg has a certain nonchalance about him that stands out in his best and worst moments. He is atypically calm in front of goal for his age – he stakes a claim to be the new ‘Iceman’ - and is largely unfazed by obstacles on the pitch. Even when defenders crowd him out of a shooting chance, Dolberg is able to maintain a level head and focus on making the most of his next opportunity.

Mourinho has not been shy in referencing United's injury crisis, and even with the likes of Pogba and Henrikh Mkhitaryan to call upon, his team are likely to go into Jose Cup Final Mode™ on Wednesday: prioritising a watertight defensive shape, ceding possession in harmless positions, and counter-attacking quickly when the opposition lose the ball and are found in a compromising situation.

As such, Ajax's best chance of winning the game is to strike within the first 15 minutes, when United will still be settling into their defensive shape. While the likes of Ziyech and Klaassen have the ability to find openings, it is possible that United will suffocate them and then kill the game off at the other end.

But for as long as they can, Ajax will dream. Although they have not yet faced a defence of the calibre of Mourinho’s United, Ajax regularly face backlines who sit deep to deny them space in behind. Having had almost 10 days to focus on the final, there is no doubt that Bosz will have prepared his team meticulously – primarily to be the best they can be at their own game, but also to minimise the threat of United.

As Bosz remarked in a recent interview, his Ajax boys are not and will not be afraid, regardless of how young they are. Even if United go into lockdown mode, Ajax will compensate and produce the entertainment. It may even bring them victory. 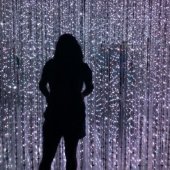 Priya Ramesh is a freelance writer who specialises in Dutch football. She contributes to Benefoot, StatsBomb, FourFourTwo, The Guardian, Bleacher Report and various others.