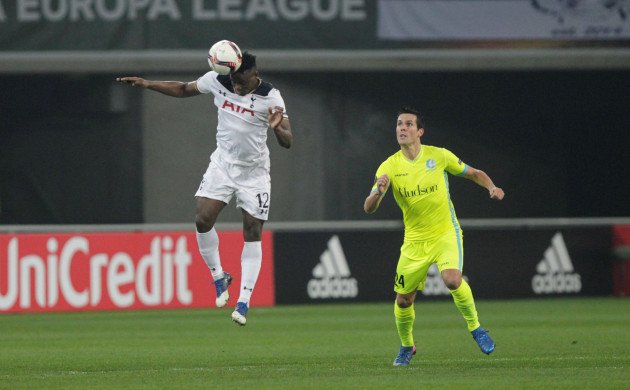 On Wednesday, Tottenham supporters were invited to vote for their player of the season and, given the shared nature of their success, that will be a tight poll indeed. Dele Alli, Jan Vertonghen, Christian Eriksen and Harry Kane will all feature prominently and, really, picking a winner from those four would be splitting hairs.

Victor Wanyama will not win the vote. Fans will remember his contributions, nod in approval, and move on. A fantastic signing who has provided outstanding value for money, but not quite there.

Regardless, what a success this has been. As recently as last Sunday, Wanyama was a force in the north London derby. Raw statistics tell us that he systematically broke Arsenal’s phases up, used the ball reliably and with great maturity, and was responsible for creating a range of chances, but that is a black-and-white perspective on a performance of vibrant colour. Not only was it arguably Wanyama’s finest performance in a Tottenham shirt, it was also a game which portrayed his double-quick evolution since arriving at the club.

His is a career which has always come with caveats. When it became apparent that he was likely to leave Celtic in the spring of 2013, reports linking him with moves to some of England’s bigger clubs – including Arsenal, coincidentally – focused on his power and presence alone, typically portraying him as a two-dimensional sort of player. Ignoring what he could do, they chose instead to focus on what he could not.

“Arsenal? Not good enough with the ball at his feet.”

In the summer of that year, he moved to Southampton. Again, though, the perception was of a limited midfielder, prone to clumsiness and cards – and, in fairness, not without due cause: seven cautions in his first Premier League season, 10 in his second and three outright dismissals in his third.

The profile wrote itself around his physique: Wanyama’s body shape and disciplinary record cast him as a traditional enforcer, the kind of player who would reliably shield a defence and shuffle possession horizontally across the pitch, but who was not necessarily capable of giving a nuanced contribution in more advanced areas. That is a perception defeated by some of his neater touches in Celtic green and Southampton red, but it was one which still endured: Wanyama the ball-winner, the stopper.

Player development is Mauricio Pochettino’s calling-card and that talent is evident in every part of his current team. It has been seen in Eriksen, whose profile as a footballer has essentially been rebuilt, and it is apparent in the full-back tandems he continues to rotate without interruption. But if other players have proven more obviously successful, perhaps Wanyama exhibits a more satisfying form of growth.

Spurs first home game of the season came against Crystal Palace and paired Wanyama with Eric Dier in central midfield. Quite reasonably, the suspicion was that the combination would prove too docile and miss the languid verticality of the suspended Mousa Dembele. So it proved: Wanyama himself may have scored the winning goal that day, but Tottenham’s phases were largely unambitious and, in the main, they gave an anaemic performance. They were too slow, too sideways, and gave Palace too much time to collapse into their defensive structure behind the ball.

Eight months have passed since then and, obviously, the difference in Wanyama is dramatic. It would be disingenuous to pretend he has not benefited from the myriad improvements which have occurred around him, but the range of his personal contribution has clearly broadened. He retains great value as a retriever of possession, but is now tooled with a more rounded set of traits.

The quality which stood out on Sunday was the speed with which he began counter-attacks. Arsenal may be a top-heavy team with all sorts of positioning and balance issues, but the Kenyan’s ability to convert defensive situations into attacking opportunities was still a precious source of momentum. He was, for instance, the starting point for the move which saw Eriksen hit the bar in the first half, far enough forward to play the pass which led to the penalty decision and, later, also in position to intercept Alex Oxlade-Chamberlain’s errant pass, drive the ball forward 60 yards, and create a chance which Kane really should have converted.

Within those moments, his energy, positioning and discipline were all notable, but so too were the flecks of skill and the reflexive impulse to drive forward. Impressive – and also new.

Superficially, his disciplinary issues seem to have remained constant: he has been carded nine times in the Premier League this year. However, beneath that statistic lies restraint. Wanyama may have a habit of being booked early in games (as he was against Chelsea at home, both games with Manchester City, CSKA Moscow away and the recent win at Selhurst Park), but he has become adept at edging around the referee for the remaining minutes. However that is explained – growing maturity, experience – it is a quality which increases his value: he has evidently learned to temper his aggression and the recklessness which pockmarked his Southampton career has melted away.

Perhaps, though, there is no truer barometer of his progress than the continuity he has provided. Spurs are a newly flexible team, prone to shifting shape multiple times within the same game, and yet Wanyama’s contribution has remained remarkably stable. Whether he has operated as the deepest midfielder or as the intermediate link, been paired with Dier, Dembele, Eriksen or even Harry Winks, he has shown the requisite dexterity to adapt.

Again, that was not necessarily one of his associations on arrival. He was viewed as a good player, certainly, but not one capable of filling multiple roles or contributing equally with and without the ball.

As N’Golo Kante discovered when he was overlooked for an individual award last year, central midfielders who do not score goals seldom attract the attention they deserve. But irrespective of that – and regardless of where his performances rank in the club’s hierarchy – the signing of Wanyama has proved one of the most successful transfers in Tottenham’s recent history. On the basis of his impact, of course, but also on account of how well he has been used in conjunction with other players. He is the singular asset who became a multiplier.

From being a nullifying option and essentially a deferrer to other team’s strengths, Wanyama has become one of the most complete all-round midfielders in the country in less than 12 months. It is a strong season indeed when that is not enough to win the Player of the Year award by a landslide.