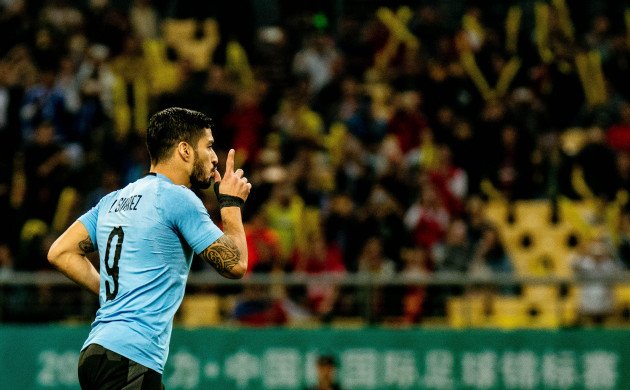 Uruguayan football crisis has come at exactly the wrong time

Between 1994 and 2006, Uruguay missed out on three World Cups in four. They did qualify for 2002 – but failed to make it out of the group phase. At the time it was common to hear laments in Uruguay of how the team, the first kings of the global game, would never again win a title.

Then, a little more than 12 years ago, Oscar Washington Tabarez took over for his second spell as national team coach. Uruguay reached the semi-finals of the 2010 World Cup, won the following year’s Copa America, got to the second round in Brazil 2014, the quarter-finals this year, and would seem to have the midfield resources to do even better next time round in Qatar. Unless the Tabarez project gets blown off course.

What Tabarez has done over the last 12 years, as former international striker Sebastian Abreu recently commented, has been to turn the national team into an oasis in Uruguayan football – an oasis of calm and competence amid the chaos.

Much of the thinking behind what Tabarez has been doing specifically goes out of its way to ignore domestic Uruguayan football. Tabarez came to the conclusion that, in a globalised environment, it simply was not possible for a country with a population of little more than three million to retain a competitive local league.

Players would inevitably be sold at an ever younger age. His solution – use the country’s youth sides to identity and develop players capable of operating at the top level – those with the speed of movement, thought and technical execution who could cut it in one of the major European leagues.

Since they would be moving abroad early, the youth sides had to be employed to build a solid bond between the youngster and Uruguay’s sky blue shirt – which meant that as well as grooming a footballer, Tabarez has also been attempting to develop citizens, with humanist values.

But Tabarez and his oasis are now under threat from a flood of chaos, as Uruguay’s domestic game falls apart. FIFA are set to appoint a committee to run Uruguayan football for the next six months, with some of the country’s first division clubs protesting about this outside intervention by taking the case to the Court of Arbitration for Sport.

The crisis has been coming for a while. At its root, as Tabarez would understand all too well, is the inability of the clubs to compete in a globalised environment. Uruguay has one city of note, Montevideo, which provides almost all of the clubs. Some of these are tiny neighbourhood affairs, struggling to stay afloat. They are financially dependent on TV money – not only to play players’ wages, but also to stop the electricity from being cut off. This gives the broadcaster- in this case a company by the name of Tenfield – massive power, especially over the smaller first division clubs.

For more than three years now, the battleground in Uruguayan football has been the quest to change the statutes of the local FA. At present, the first division clubs have almost all of the votes – meaning that Tenfield are powerful. Broadening the franchise – giving more votes to the second division, giving votes to women’s football, to Futsal, to the amateur leagues, to players, referees and coaches – would not only further democratise the game, it would also dilute the power of Tenfield. And since this also seems to be the aim of Conmebol and of FIFA, foot-dragging over changing the statutes has led to the FIFA intervention.

It is too early to know how all of this will play out. But it seems clear that the national team are already paying the price. Tabarez is now out of contract. There is no FA chairman to give him a new one – and he would probably be reluctant to sign one until the administrative confusion has been resolved. So Under-20 coach Fabian Coito has called up the senior squad for next month’s friendlies.

And if the national team are suffering, then so too might be the bid to stage the centenary World Cup in Uruguay in 2030. The country is, of course, much too small to repeat what it did in 1930, and host an entire tournament on its own. So Argentina and Paraguay have been brought in to co-host, and their 2030 bid lobbied hard during the recent World Cup in Russia.

But even before the bid has won the vote, a corruption scandal has arisen. Tapes have emerged in which a former FA president is alleged to be soliciting kickbacks on work to be carried out on Montevideo’s Centenario Stadium, the scene of the first World Cup final and the place where the 2030 tournament would probably start and end.

The chaos in domestic Uruguayan football, then, may have a wider effect than merely creating problems for the country’s national team. It could also have an effect on the choice of location for FIFA to celebrate a hundred years of its premier tournament.