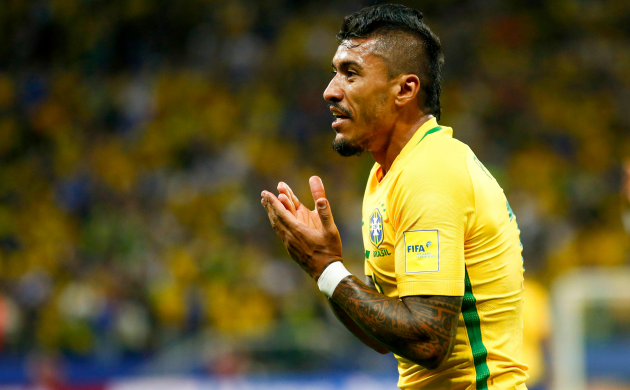 What a difference a coach makes.

After the first six rounds of South America’s World Cup qualifiers, Brazil were down in sixth place and fretting about making it to Russia. Exit the snarling Dunga, enter the charismatic and intelligent Tite, and the campaign has become a cakewalk. After eight consecutive victories, 24 goals scored and just two conceded, Brazil sealed their place at the finals with four rounds to spare. Most impressively of all, this dramatic turnaround has been achieved with essentially the same group of players.

There have been just two new first-teamers in Tite’s line-up. Before his injury, the teenage Gabriel Jesus claimed the vacant centre-forward position to great effect. And the other is Paulinho.

The midfielder was a shock recall to the national team squad. When he moved to China after flopping at Tottenham, most had written him off. But not Tite. The two had worked together with great success at Corinthians, where Paulinho was the key figure in a team that won domestic, continental and world titles. And so as soon as Tite took the national team job, their relationship was resumed.  Eyebrows were raised, but eight games later no-one is doubting Tite’s judgement.

Against Argentina last November, Paulinho was a strong candidate for man of the match. In the first half, when Fernandinho had his hands full trying to get a grip on Lionel Messi, it was Paulinho who dropped to help him out. Later, with the Argentines on the run, it was he who drove home the advantage, breaking into the box to score the final goal in a 3-0 win.

Last Thursday, Brazil went behind for the first time under Tite, Edinson Cavani opening the scoring for Uruguay. Paulinho equalised with a long-range special and sealed the win in the second half, completing a hat-trick with two goals scored from characteristic late bursts into the opposing box.

Next up, he laid on two of Brazil’s goals in the 3-0 win over Paraguay. Both times he made a run in front of the strikers; both times he gave delightful backheeled return passes to put a team-mate through on goal.

“Paulinho shut up his critics, and I am one of them,” wrote 1970 great Tostao, the wisest voice in Brazilian football, after the Uruguay game.  “Once again he was average as a midfielder, his main function, and great as a striker, since he is so good at ghosting into the box.  He used to score plenty of goals for Corinthians. At Tottenham, since he did not do much marking, the English could not understand how he was first choice for Brazil.”

On this rare occasion, I have to disagree with Tostao. Paulinho carries out marking duties, as displayed in that first half against Argentina.  He is perhaps a midfielder more in the English tradition than the Brazilian – like Martin Peters, Brian Robson, David Platt and Frank Lampard, he specialises in making those late runs into the box.

Why, then, did he fail to shine at Tottenham?

One explanation has little to do with football.  He is a reserved character, very different from the outgoing Sandro, who was so popular at White Hart Lane until injury struck. Spurs was Paulinho’s second European experience, and on a personal level he did not seem to enjoy either of them.  Some people simply do not adapt well.

On the field, his Tottenham failure had less to do with deficiencies in marking and more to do with a lack of all-round attacking ability, and surely a lack of confidence as well.  He is not a player with a superb range of passing, and that 30-yard piledriver against Uruguay was a big surprise (“It is something I have never seen him do,” wrote Tostao).

It was a goal that would have come as a pleasant shock to Tite, who is well aware of the strengths and weaknesses of his midfielder. A little more than three years ago, when he was taking a break from coaching, I did a show on Brazilian TV with the 2012 Copa Libertadores winner. In the car afterwards he raved about Paulinho’s virtues and versatility. I commented that I had been surprised to see him play an excellent long-range pass in a match during the Confederations Cup – so surprised that I had made a note of it at the time.  It was not something I had imagined in Paulinho’s skill set, and Tite readily agreed. This was not part of his normal game, said the coach. But the strengths of that normal game were enough for him to consider Paulinho a fantastic player.

And that, perhaps, is the answer to the riddle. Observe a player’s characteristics. Use what you can. Do not expect or demand him to do something that he is not good at. Fill him with confidence and allow him to carry out his function. And then watch him go! 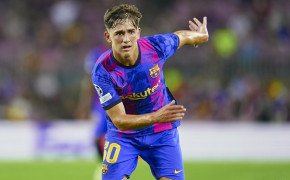