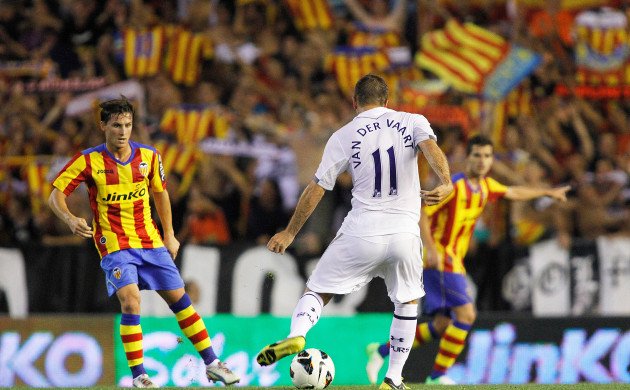 Rafael van der Vaart brought much with him to Tottenham in 2010. A cultivated, Ajax-raised playmaker with a left foot to die for, he added a layer of style to Harry Redknapp’s growing side.

It’s a credit to him that, having stayed for just two years, he departed having woven himself into the club’s fabric. When he was driven away from Spurs Lodge for the final time, in the late summer of 2012, he left behind a short, rich legacy of goals which placed him among the club’s very best players in the Premier League era.

But there are two parts to that legacy. The first is a glowing memory. The second, irritatingly, is a set of fallacies which to this day continue to dictate Spurs’ transfer policy.

The summer of 2017 has been a maddening time. At the time of writing, Mauricio Pochettino’s squad remains much as it was. Davinson Sanchez has been signed from Ajax, Paolo Gazzaniga has joined from Southampton and Juan Foyth has arrived from Argentina.

A centre-back with a single season of European football experience, a goalkeeper who will never play so much as a first-team minute, and a youngster recruited with the future in mind.

These are gentle steps, perhaps even necessary ones, but hardly the authoritative strides required to compete properly in a league of such decadent wealth.

The transfer window will not close for another 12 hours and the ENIC chequebook remains out at the desk. Serge Aurier, Paris Saint-Germain’s highly divisive full-back, will join if a work permit can be obtained and late interest from Manchester United can be held at bay, but there’s no evidence to suggest the club have benefited in any way from trying to force through this complex deal at the eleventh hour. They’ve given them themselves zero margin for error which, save for the adrenalin rush, appears to serve little purpose.

Of greater concern is the lack of improvement elsewhere. As per tradition, Tottenham have been underwhelming through their first few games. Their incomplete squad has looked narrow and limited, a prisoner to its established and studied traits, and necessary attacking diversification appears to be more of a vague hope than a realistic expectation. Ross Barkley’s name is still being whispered, but Keita Balde has now joined Monaco, Pape Diop has joined Lyon and other logical or anticipated targets have also departed the marketplace.

As always, Spurs have been left scrabbling around in the twilight, hoping to happen upon an unlikely deal while simultaneously compromising their season’s ambition.

The justification is always the same. The dropped points and the inconvenience of players missing the entire pre-season program are typically explained away as part of an elaborate, daring strategy. Trading close to the end of the transfer window, according to the fallacy, allows for panic to be exploited and extraordinary deals to be struck.

He’s the spectre looming above this. While his £8m move from Real Madrid didn’t start this habit, it's the precedent which provides the lasting vindication. That remains the only time Daniel Levy has successfully completed the kind of deal for which he, quite undeservedly, has become known; one transfer has made a reputation. He’s dealt late before, sometimes successfully, but never again has he signed a player in the dying hours who wouldn’t have been available months earlier and, pertinently, never again has he paid under the market price.

Not for Heung-min Son. Not for Clint Dempsey nor Erik Lamela. Not for Federico Fazio, Benjamin Stambouli nor Clinton N’Jie. Certainly not for Moussa Sissoko.

In fact, in each of those instances, it could more credibly be argued that Tottenham actually suffered for their timing. All of those players, with the possible exception of Dempsey, arrived unprepared for the first team and unable to provide a proper contribution in their first season (or at all). Some just weren’t good enough, but others were undermined by late integration; no time to get to know their teammates or manager, no opportunity to begin a new chapter in their careers at a sensible pace.

Yet here Spurs are again, sprinting manically down the aisles, leaping into the bargain buckets full of the trash that nobody else wants, and yet still expecting to move forward. At best it’s naive, at worst it’s indicative of their chairman’s preoccupation with some footballing variant of game theory. They are a riverboat gambler living off the memory of that one prosperous hand.

Whatever the explanation, it’s time to stop trying to be the smartest person in the room. It’s time to pause, think, and notice that every other successful club in Europe seems to respect the processes which Spurs routinely disregard. Their financial circumstances are different and they do depend on originality to a certain extent, but that seems to have become an excuse - a justification for ignoring a set of preparatory truisms which should absolutely be respected.

That, but also the fading memory of something which is now seven years old. The exception treated as the rule. For all Van der Vaart achieved and in spite of the many enduring moments he carved with that left foot, perhaps Tottenham’s habits would be healthier if he’d never played for them at all.