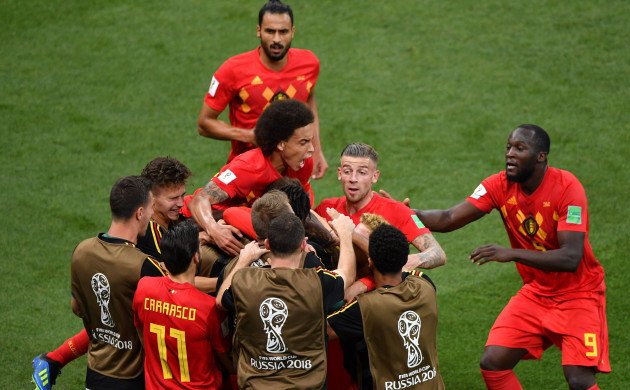 As the World Cup moves towards an end, it’s fascinating to reflect on how small the margins have been between success and failure. The four teams that remain have navigated a steady path through the knockout stage, and that none of the four appears an overwhelming favourite to win from here shows just how close the margins have been in the whole tournament. The fundamental quality of the top 15 or so nations in the world is not that different, and in a short tournament results can be hard to predict.

For the four European teams left, a semi-final berth can certainly feel like success, with varying expectations having landed on each beforehand. For France a semi-final slot builds on their Euro 2016 final and represents a decent return on their evident squad strength. France invariably turn up at these tournaments looking like they have the players to do damage and go deep, but outcomes have been erratic.

With Spain now six years from an international triumph and Germany finally failing, there is clear space for a new pre-eminent European side to emerge. It’s just that few saw that possibility under the stoic management of Didier Deschamps. A jobless Zinedine Zidane remains the most tantalising future appointment should Deschamps decide to leave after a World Cup win - or not - and the age profile and depth of talent France possess will see them as contenders, at least through another generation of players, and possibly more.

For Belgium, this semi-final - and in particular their victory over Brazil - feels like a long overdue moment where expectation finally turned into reality. Their “Golden Generation” has been heralded for half a decade or more, but while their key defenders are close to or he wrong side of 30, their most dangerous attackers have landed in this tournament precisely in their prime years: Kevin De Bruyne and Eden Hazard are 27 years old, Romelu Lukaku is 25.

Much like France, the Belgian squad has useful depth - so much in fact that a player like Mousa Dembélé, so useful in maintaining possession and absorbing pressure in central midfield, has been peripheral. Adnan Januzaj, too, appears yet to have been forgiven for his game winning goal against England that ensured Belgium’s run on the tough side of the draw. Few international teams have great strength in all positions, but Belgium’s spine is undeniably elite and their supporting cast is sufficiently varied. They survived a late charge from Brazil, but in doing so finally have the tournament outcome to match their undeniably talented parts.

England’s success has been a pleasant surprise for many, but as much as any team they appear to have very linear ideas about their structure, player selection and methodology. Their young team appear to have embraced a tactical plan that stifles both the opposition and themselves, while prioritising the set-piece prowess of unlikely heroes such as Harry Maguire. Ahead of the competition, much was made of the squad’s lack of options in midfield, yet as the tournament has worn on, and England continue to struggle to create volume of chances in open play, it has become clear that this choice is generally strategic.

England have made the absolute most of the tools they have been given, and buoyed by consistency and a favourable draw now find themselves one match away from the final. It’s a victory for pragmatism as much as anything else, and the semi-final is already towards the top end of even optimistic expectation. Regardless of what happens next, stability appears to have been ensured and Gareth Southgate likely has this job for as long as he wants it, or at least until his team fails; it’s scarcely the manager’s choice.

Croatia’s run has not been dissimilar. Their obvious strength and depth in midfield were enough to dominate a disjointed Argentina in the group stages, but their knockout games have seen them struggle to put away relatively weak sides in Denmark and Russia. Keeping their nerve in successive penalty shoot-outs has given them their shot at the final, but are they really one of the four best teams at this World Cup? Probably not.

Like the Belgians they have a romantic notion of a generation of top players combining for a run at a tournament, but this is likely their last stand. Luka Modrić may not return again, nor might Mario Mandžukić, while Ivan Rakitić is also the wrong side of 30

In this World Cup we have clearly seen that the differences in quality between the better teams in the world are not that great. International football has always suffered from a lack of time to implement strategy and the fixed nature of national squads, but usually stronger nations have risen to the top. We have to look back to 2002 to find another World Cup with comparable parity, yet ultimately Brazil and Germany fought out the final.

Should France and England reach this final it will look like the historical giants have prevailed again, but the underlying message - that the differences in quality between a the top 15 or so teams in the world remain small - will remain true.