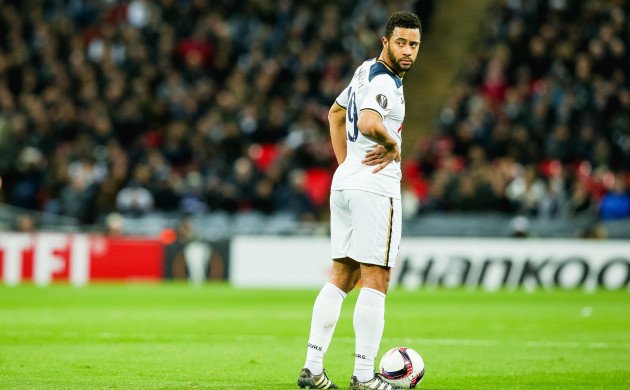 The smooth jazz of Mousa Dembele, one of the Premier League's most unique players

Invoking the importance of attending live football rather than watching it on television always invites accusations of snobbery. That is not the intention here; there are many supporters who would like to follow their teams home and away, but either cannot afford to or are denied the privilege by an inflexible employer.

Nevertheless, there are certain players who can only truly be enjoyed from inside a stadium and Tottenham’s Mousa Dembele is one of them.

There are really two ways of viewing Dembele: through the clear prism of his technical value to Spurs, or the stained glass of his physical rarity. One is not necessarily more important than the other – this is about preference and opportunity rather than being “right” or “wrong” – but the respective vantage points offer differing perspectives.

Dembele, as a tactical option, is a fabulous luxury for Mauricio Pochettino. The Belgian occupies a state of permanent availability in Spurs’ midfield, offering a reliable passing outlet to Pochettino’s centre-backs, a perpetual square-ball option to his full-backs, and also a possessional haven to his more advanced players, offering a chance to reload and reset whenever a defence’s jaws begin to close. His skill and strength equip him to exist comfortably within the elbows and studs of a Premier League midfield and the range of influence he offers within that department is invaluable.

Tottenham would not be the same team without Dembele and have traditionally suffered whenever he has not been available to them. But that is the dispassionate perception.

One of the great tragedies of the modern game is that the pace of its news cycle minimises the chance for more gentle appreciation. Rather than lingering on great pieces of skill or flowing moves, the temptation is always to accelerate the conversation towards a more rounded assessment and, also, to focus in on negatives, both real and imagined. Maybe it is a trick of the mind, but it does seem as if the contemporary discussion now defaults quicker than ever before to circumspect wonderings about a team’s future or weaknesses.

Dembele, perhaps, is a minor victim of that. Like almost all his contemporaries, he is evaluated on the basis of what he enables others to do rather than what he actually is – as a cog in the machine, rather than a decorative emblem.

Again, that is quite understandable: that, indeed, is how football works. Teams win games, not players.

Still, watching Dembele in isolation is a great privilege which is partly informed by the experience of live football. Most journalists and analysts would tell you that it is impossible to evaluate a game without having a constant overview of all 22 players and the pitch’s perimeter and, realistically, that is probably true. Similarly, though, without experiencing the physical context within which these games occur, it is also near impossible to appreciate just what a rare athlete Dembele is.

His typical sequence on the ball involves a lot of touches, a few turns and a quick burst between attending defenders. That is the reflexive association. What is perhaps lost to the television audience is just how easy he often makes that look. The middle third of a Premier League pitch tends to be a highly congested and, inevitably, the area within which players enjoy the least time on the ball. Stand or sit close enough to the side of the pitch and spectators can almost reach out and touch the anxiety. Muscles twitch, sweat glints, and everything seems to happen at twice the speed that it does everywhere else.

But Dembele does not conform to that. Accusing a player of having one speed is often a criticism, but that he is able to survive (and succeed) on a single gear in that turbo-charged environment is quite remarkable. He plays the game at his own pace, always, and his internal rhythm appears impervious to any sort of outside influence. Whether an opponent is 10 yards away from him or two, the speed at which he processes the game remains unaffected. It is really quite a remarkable sight and it is also what makes Dembele unique. Most players have an acute awareness of what surrounds them and their rate of action typically intensifies as they feel pressure. By contrast, the Belgian plays as if entirely alone, uninhibited and untroubled.

It is worth dwelling on – and even celebrating. Dembele may have the grace of a Baryshinkov dancer, but he is best characterised by his ballet’s curious resistance to the music. The others move to the sound of the orchestra; he reacts to whatever he hears in his mind. Others leap and prance to lively flutes and cheerful trumpets; he glides to smooth jazz. The modern game breeds chiselled athletes: players with bodies and minds cast from identikit moulds. He stands in semi-isolation, though, as a fascinating centrepoint between charming anachronism and ultra-modernity.

That he is a good player, an effective one, and important to his team seems incidental, because it is really the aesthetic he creates which is most remarkable.