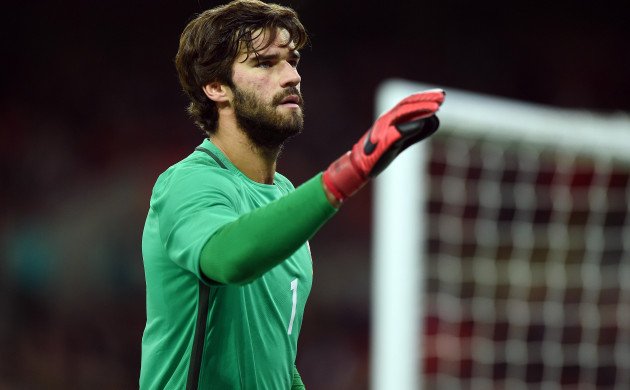 It already feels like a long time since the transfer window shut for incoming Premier League transfers, despite it being just a few days. Premier League teams were caught slightly unaware of the inevitable adjustments made by their continental rivals who, under no pressure to pay high fees for players coming out of the league this side of 31 August, largely kept their powder dry.

The normal balance being off-kilter certainly appeared to catch Tottenham out, and with no obvious sale to provide the backbone funding for new incoming players. With no urgency from teams at home or abroad to acquire their unwanted players either permanently or on loan, we saw stasis.

The transfers the Premier League’s big six did make felt targeted. Variously, the teams did not appear to have either the time, the need or the inclination to get creative, and in the main they looked to improve specific areas of weakness.

Liverpool’s summer was rightfully heralded as successful, as far as one can evaluate the outcome of a transfer window before much football has taken place. Having both banked a fortune for Philippe Coutinho and targeted a high-priced centre-back in Virgil Van Dijk in January, goalkeeper and central midfield were the right positions to reinforce. Alison’s recruitment, for a then-world record goalkeeper fee, was a solid move to solve a problem position.

With Emre Can leaving, Naby Keïta's arrival meant midfield was no weaker, but Alex Oxlade-Chamberlain’s severe injury meant another player was required, so Fabinho also arrived. As a flexible attacking option, since Coutinho had not been replaced, Xherdan Shaqiri was a good choice. He can also shore up attacking set-pieces, perhaps an area Liverpool hadn’t previously given enough weight to, for all that James Milner has successfully extended his footballing lifespan beyond what most probably expected when he arrived at Liverpool in 2015.

Manchester City had targeted so many obvious weaknesses in previous windows (both full-backs, centre-back and goalkeeper) that they chose to buy the most reliable creator outside the top six in Riyad Mahrez. Although he is less used to the fluidity of City’s attack and has a tendency to retain possession longer than ideal; he retains great vision in the final third, and simply offers a like-for-like exchange when inserted ahead of his team-mates. This will help balance the game time of the attacking slots in the squad, in what’s likely to be another long season for City, and keep them fresher.

They did miss out on backing up Fernandinho, who surely can’t go on forever, and how Pep Guardiola manages both his and David Silva’s minutes this season will be interesting. Next summer will surely see them go into the market for a central midfielder - something that was commonplace around the league this season, with Manchester United, Arsenal and Chelsea all deciding to strengthen there.

For Manchester United, the window posed intrigue. The arrival of Fred from Shakhtar Donetsk for a considerable fee went towards beefing up their midfield, but with Nemanja Matić only a year into his contract, Ander Herrera a reliable contributor, Marouane Fellaini signed up again and manager favourites such as Paul Pogba and Scott McTominay still around, it wasn't an obvious area of weakness.

Something of a stand-off between manager Jose Mourinho and the board appeared to be behind the reluctance to buy further defensive reinforcements. Despite the relatively recent arrivals of Eric Bailly and Victor Lindelöf, it does feel like United have yet to nail down the centre-back role and Mourinho's desire to buy again wasn't an idea without merit.

As it was, Mourinho didn't get his man - be that Toby Alderweireld, Harry Maguire or Jerome Boateng - and an odd impasse has been reached, with the board apparently unwilling to heavily back him in his third year at the club. The ongoing tenability of Mourinho's position is one of the major undercurrents of the opening part of this season, and it's worth recalling that he clung on well past a nominal point of no return while in his last job at Chelsea, derailing their entire season. If results wane at any point, it could be a difficult campaign on the red side of Manchester.

We looked at Arsenal and Chelsea last week, but late in the day Chelsea swapped goalkeepers and added yet another central midfielder in Mateo Kovačić. Jorginho was an obvious pick-up to set the tempo in new manager Maurizio Sarri's system, while Kovačić will be hoping to see more game time than he did at Real Madrid; when he has played, he's looked like some talent.

This makes the Blues' potential starting midfield look extremely enviable and workable for their manager, which given how defensively Chelsea have bought over time was likely essential.

So overall, a short window, some targeted signings at the top, but much stayed the same. Romelu Lukaku, Álvaro Morata, Alexandre Lacazette and Mohamed Salah all moved last summer with goals in mind, while Pierre-Emerick Aubameyang arrived at Arsenal in January.

Last year the big teams were interested in goals; this time around, goalkeepers and central midfielders were the focus.