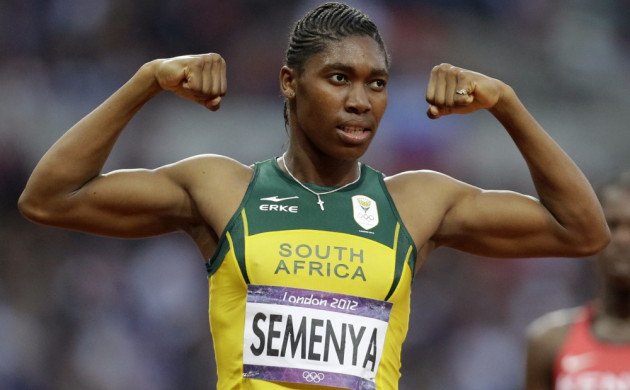 The eyes of the athletics world are currently trained on the Court of Arbitration for Sport (CAS), which is set to deliver its verdict on a high-profile and historic case involving Caster Semenya and the broader question of whether or not female athletes with differences of sexual development should be forced to take testosterone blockers before competing.

In August 2009, the South African athlete Semenya was subjected to sex verification testing. Tests for testosterone were subsequently introduced for all those whose levels were above a particular measurement, a development which Semenya disputed.

The results of the middle-distance runner’s sex test were never made public, but some claimed that she had an intersex trait which gave her an unfair advantage in the female field. She was cleared in 2010 to continue competing in female events, but only after the IAAF were heavily criticised for their handling of the matter.

In April last year, the governing body introduced ‘new eligibility regulations for female classification’ which place a limit on testosterone levels. Semenya, feeling personally targeted by a ruling which applies to track events between 400 metres and a mile, challenged the IAAF, which led to a delay in the introduction of the new laws as the process plays out in the courts.

The IAAF would argue that they are not banning Semenya from competing, but rather insisting that she first takes medication to lower her testosterone levels below the decided upon figure of five nanomoles.

This is naturally a sensitive issue and one which goes beyond the law and into the difficult territory of morality. Many support Semenya’s contention that the IAAF should not be allowed to introduce restrictions on testosterone levels ahead of certain races, while others are backing the association’s rulings in a bid to maintain what they would term fair play.

Paula Radcliffe, the legendary long-distance runner, belongs in the latter camp. The Brit has revealed that she has received abuse on social media for taking that stance, but she believes the verdict will be pivotal for athletics – and sport in general – going forward.

“The IAAF has come in for a lot of vilification but there are probably a lot of other sporting federations, particularly where its contact and a physical strength sport, who are really watching this,” she said in an interview with Sky News.

“They want to see what it means for the future of female sport and also what it will do in terms of the whole transgender question.

“Will it open the door up there to transgender athletes actually being able to say: ‘You know what, we don’t need to bring our (testosterone) levels down either, we don’t need to have any surgery, we can just identify how we feel and we can come in and compete in women’s sport?’ That would be the death of women’s sport.

“A lot of these people that are attacking me wouldn’t stand in front of me and say those things to me,” Radcliffe said of her online critics.

“It’s very dangerous because there are vulnerable athletes out there who can’t make the distinction between what’s reality and what’s not and what somebody truthfully stands by and someone just being a troll.”

Others take a different view. Some believe the IAAF’s judgment discriminates against competitors from the global south.

“The new regulations are not logical when it comes to the restricted events — track events from 400 metres to one mile,” said Katrina Karkazis, an authoritative voice in the field of sex verification in sports.

The IAAF would deny such claims, insisting instead that they are only seeking to limit testosterone levels due to its performance-enhancing effect. Aside from the use of banned drugs, the association considers testosterone levels to be the biggest factor in giving an athlete an advantage.

“Historically the reason why we have separate male and female categories is that otherwise females would never win any medals,” said the head of the IAAF’s health and science department, Dr Stephane Bermon.

“Testosterone is the most important factor in explaining the difference. We are talking about females competing with levels similar to males. Very often it is more than 20 or 25nmol/L. So it is very high.”

Regardless of the side of the fence you sit on, it is clear that CAS’ ruling will have a profound effect on the future of sport. This issue transcends Semenya, even if she has most to lose (or gain) in the immediate aftermath of the judgement.