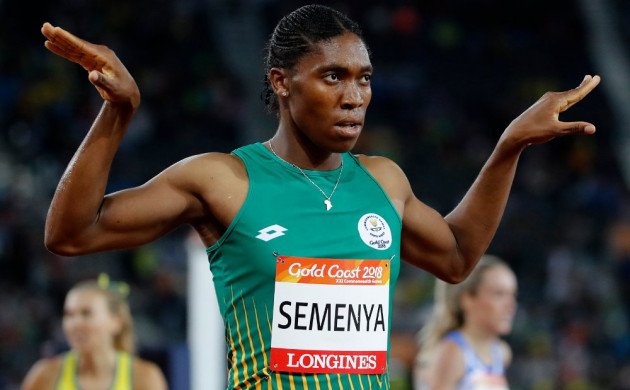 It was a landmark case and a controversial ruling. Earlier this week, the Court of Arbitration for Sport (CAS) rejected Caster Semenya’s appeal against new International Association of Athletics Federations (IAFF) rules which requires athletes with differences of sexual development to take medication in order to compete in certain track events, or switch to different distances.

CAS agreed that the IAFF’s new laws were discriminatory, but they also ruled that they were “reasonable and proportionate”. They cited the need to protect the integrity of women’s sport and agreed with the IAFF’s contention that their intervention was necessary to ensure the maintenance of a level playing field, although they did question whether athletes would inadvertently break the very strict testosterone controls set by the governing body. The court also raised concerns over the implementation of the regulations, opining that more research was required before they could be introduced to longer events such as the 1500 metres or one mile.

CAS’ judgement means that athletes such as Semenya – who has the right to appeal against the ruling in the next 30 days – will need to take a blood test by Wednesday if they want to compete in any events from the 400 metres to the mile at the World Championships in Doha in September. They will then need to begin taking suppressive medication to reduce their testosterone levels within one week, because the IAFF have ruled that testosterone levels will have to be kept below the limit for at least six months before competing.

As is to be expected, CAS’ decision has produced strong reactions on both sides. This, after all, is an issue which transcends track events and instead has much wider implications for the whole of female sport and wider issues of race and sexuality. It is also worth pointing that Semenya is only the most high-profile of those affected; Francine Niyonsaba of Burundi and Margaret Wambui of Kenya have also been forced to field questions over their testosterone levels, while there are probably numerous aspiring young female athletes who could fall foul of the strict laws in the future, even if they are not aware of it today.

"The verdict against Semenya is dreadfully unfair to her and wrong in principle,” said Martina Navratilova, a former tennis player. “She has done nothing wrong and it is awful that she will now have to take drugs to be able to compete. General rules should not be made from exceptional cases and the question of transgender athletes remains unresolved.”

“Overall, what this ruling means is that there is a greater chance of a level playing field on which all female athletes can compete – and that has to be welcomed,” he said. The IAAF finds itself at a crossroads. Given that CAS has ruled in its favour, it could simply breathe a sigh of relief and forge doggedly ahead with a regulatory approach that has plunged the sport into a quandary and which... has consistently proved scientifically and ethically indefensible."

Legendary former long-distance runner Paula Radcliffe was another who welcomed the verdict, having previously placed her cards on the table before a decision had been made, but Australian former middle-distance runner Madeleine Pape believes this judgement will “prove to be the losing side of history… the pressures on the sport to change have intensified in recent years, and will surely not relent with this decision.”

"For a decade the IAAF has tried to slow me down, but this has actually made me stronger. The decision of CAS will not hold me back," Semenya herself said in a statement. "I will once again rise above and continue to inspire young women and athletes in South Africa and around the world.”

This is unlikely to be the last we have heard of both IAAF’s controversial new rules and CAS’ validation of them.