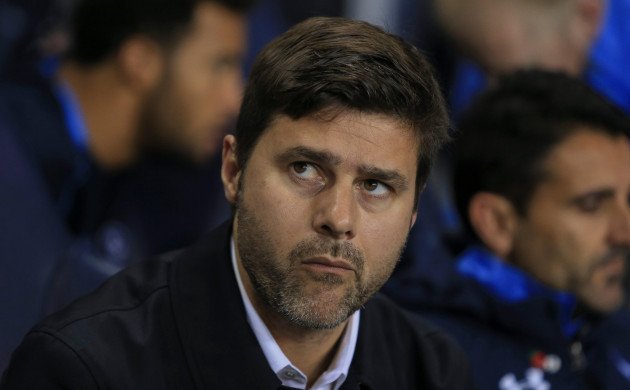 Regardless of the title race, Tottenham need to bounce back against Crystal Palace

“I think we played well. We dominated the game,” the Tottenham Hotspur manager told reporters in his post-match press conference on Saturday, having begun his initial answer by congratulating Chelsea for their victory in the first FA Cup semi-final of the weekend.

“The team again showed big character and personality to dominate the second half. 4-2 looks impressive for Chelsea, but I think it is a game that I feel proud for my players. We gave everything we had.

“It is true that we lost, but that is the way that we want to play. We respect the way that we play, our philosophy. It is certainly a basis for the future. It is not this season for us in the FA Cup.”

He had a point. Spurs did control large chunks of the match, while Chelsea were a little fortunate that a significant proportion of their attacks ended with the ball nestling in the back of their opponents’ net. A two-goal margin of victory certainly flattered the Premier League leaders; on another day, indeed, Saturday’s encounter could easily have ended in a Tottenham triumph, even if Pochettino’s men struggled to turn their territorial dominance into clear-cut chances in the second half.

Occasions as big as an FA Cup semi-final at Wembley lend themselves to dramatic conclusions. In the aftermath of the loss, some suggested that this was another example of Spurs’ intrinsic lack of mental fortitude and unerring ability to snatch defeat from the jaws of victory. Yet such a narrative ignores the tangible progress Tottenham have made under Pochettino and misunderstands the very nature of football. There is a large degree of randomness at play in any given encounter; to reduce the matter to its simplest terms, stuff happens.

The key now for Spurs is how they react. Chelsea’s 4-2 win against Southampton on Tuesday means Antonio Conte’s charges are once again seven points clear of their London rivals at the summit of the standings, but in many ways the need to bounce back goes beyond the race for this season’s championship crown.

Around this time last year, a fixture against Chelsea ended in similar disappointment for Tottenham, whose 2-2 draw at Stamford Bridge handed the title to Leicester City. Pochettino’s charges were still in pole position to finish the campaign as runners-up, but they instead proceeded to lose their final two matches to Southampton (1-2) and already relegated Newcastle United (1-5). It was a miserable end to what had been a successful season, despite the lack of silverware.

Responding positively to adversity is an essential trait for any team with aspirations of winning trophies on a regular basis. Tottenham’s qualification for the 2017/18 edition of the Champions League is virtually guaranteed – ahead of Wednesday night’s trip to Crystal Palace, the north London outfit are eight points clear of fifth-placed Manchester United – but even though the title looks to be beyond them, it is vital that they finish the campaign strongly and wrap up their first top-two finish since 1963.