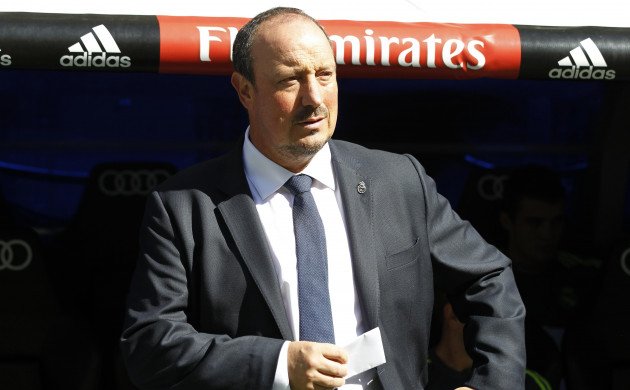 Rafa Benitez is right to tread carefully in Newcastle world

Newcastle United are back in the Premier League. On Monday night, their 4-1 win over Preston confirmed their automatic promotion and, despite the rather joyless protests elsewhere, that is something worth celebrating. Newcastle do have a bigger ground, more expensive squad and a far more accomplished manager than any other team in the Championship, but there are plenty of sides who, despite being equipped with all those tools, have failed to emerge from it at the first time of asking.

Rafael Benitez has done a fine job in a division within which he held no prior experience; despite what rival supporters may say, promotion is always worthy of applause.

Benitez was guarded post-game, particularly when asked about his future. But rather than being cause for concern, it was probably the most vivid sign to date that he is equipped to restore this club to where they once were. In short: he is aware of the threat.

Newcastle’s recent ownership history is complex, but – if a reductive assessment can be permitted – they were relegated because they were cheap. In the years leading up 2015/16, Mike Ashley clearly underestimated the level of organisational focus required to stay in the top flight, which manifested itself not only in half a dozen botched transfer windows, but also in a series of dreadful managerial appointments. Rather than naivety, Ashley appeared animated by a desire to do the bare minimum, in the expectation that it would always be good enough for 17th place and another year of broadcasting revenue and global visibility. Greater attention was paid to what Newcastle United could provide than to what Newcastle United actually were.

One could argue, for instance, that although the club’s recruiting ambition had visibly heightened during their last two Premier League transfer windows, Benitez represented the only time in Ashley’s tenure that a manager was hired with a reputation in keeping with the club’s stature. That was a decision governed by footballing logic, whereas the others were made with deference to convenience, cost and self-preservation. The suspicion remains that, had Newcastle not been heading for the Championship, another Alan Pardew or Steve McClaren would have stumbled through the door instead.

But with the revenue under threat and the marketing platform shrinking under those Sports Direct trainers, a grown-up appointment was necessary.

Over the past season, the respective desires of ownership and supporters have aligned. The fans want Newcastle back in the Premier League for obvious reasons, while the board have been chasing a similar goal. Where they might diverge, however, is in their expectations for what should happen now.

The St James’ Park natives may still be basking in the glow of promotion, but they will surely accept that the team Benitez is currently able to field will probably not be strong enough to do anything more than survive at the level above. The hope, presumably, will be for three or four players of proven top-flight calibre who can both deepen the squad and strengthen the first XI. With the precedent of QPR still fresh in the mind (a club who tried to reach too far too soon), an attempted quantum leap is both unrealistic and ill-advised, but Magpies’ supporters will still want to see evidence of a multi-year plan.

As, seemingly, does Benitez. When the Spaniard was asked whether he would be in charge next season, he offered no guarantee. Quite rightly, too, because – according to reports – he is still seeking full control of transfers and assurances over budget.

“Now it is time to enjoy what we have done. And I am sure if we do the right things. Prepare everything to be strong enough for the Premier League.”

If they do the right things.

Those are the remarks of someone who has his employer’s card marked. This season has been a success and, evidently, Benitez has enjoyed a harmonious enough relationship with those above him to remain in charge. However, he – like anyone watching from afar – surely remains aware of not only that “alignment of objectives” scenario, but also how temporary it may prove to be. Until they demonstrate otherwise, there is no reason to believe that Newcastle will be anything more in the Premier League than they were before. They have felt the fires of relegation in the past, but subsequently emerged with their fatty soul and corporate arrogance intact, ready to show the world just how little they had learned.

The hope is that this time it will be different, but that should not be the expectation – not yet, at least.

Benitez is a shrewd politician with a long memory. Given his CV, he rightly has no interest in being another fig leaf for a disengaged ownership or of simply driving the car while Ashley passes GO! and collects £200(m).