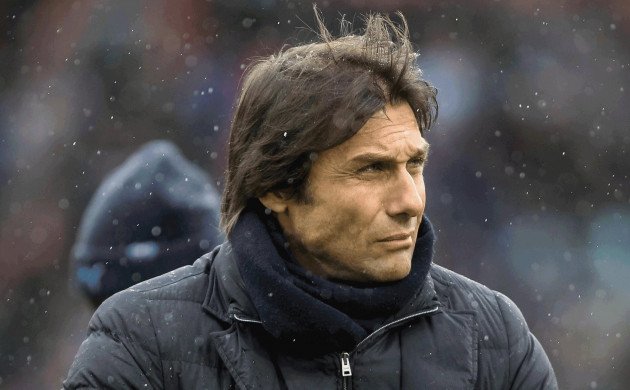 It was not quite Tottenham Hotspur’s last chance, but they would not get many better ones.

Chelsea’s trip to Old Trafford to face Manchester United on Sunday was always likely to be tricky, while Mauricio Pochettino’s men had the rather more favourable task of locking horns with Bournemouth in front of their own supporters at White Hart Lane. With time running out, Spurs realistically had to close the gap separating them from the summit of the standings this weekend, which is exactly what they did as results in both north London and Manchester went in their favour. The title race, having appeared done and dusted a few weeks ago, is suddenly back on.

Tottenham’s 4-0 thumping of Eddie Howe’s Bournemouth was as unsurprising as it was emphatic. Goals from Mousa Dembele, Son Heung-min, Harry Kane and Vincent Janssen secured Pochettino’s side’s 12th consecutive home triumph in the Premier League, as the Cherries found it extremely difficult to halt their rampant and relentless opponents. Tottenham are so adept at controlling matches at White Hart Lane, and Bournemouth were utterly unable to get a foothold in the game; pressed into submission, the visitors managed just a single shot on target all afternoon.

Spurs’ success on Saturday piled extra pressure onto the league leaders’ shoulders the following day. The absence of Thibaut Courtois and Marcos Alonso from Antonio Conte’s starting XI – the latter was a particularly late withdrawal through illness – was undoubtedly a blow, but it cannot be used as an excuse for their limp and lifeless showing against United, who made it third time lucky after previous defeats by the Blues in the league and FA Cup.

Jose Mourinho surprised several of his side’s supporters by leaving Zlatan Ibrahimovic on the substitutes’ bench, but the Portuguese’s team selection worked a treat. Marcus Rashford and Jesse Lingard formed a mobile and energetic front two at the top of the pitch; Antonio Valencia and Ashley Young performed diligent roles at wing-back; centre-halves Marcos Rojo, Eric Bailly and Matteo Darmian were strong and robust; and Ander Herrera carried out a superb man-marking job on Eden Hazard, who was completely neutralised and unable to exert his influence on proceedings.

United took the lead in the seventh minute with a goal that neatly epitomised their overall plan. Herrera was perhaps a little fortunate to avoid being penalised for handball as Nemanja Matic’s pass struck his outstretched arm, but from there the Spaniard did brilliantly to curl a superb ball into the path of Rashford, who sprinted clear of David Luiz and finished calmly past Asmir Begovic. Within a matter of seconds, United had broken up a Chelsea attack and got in behind the visitors’ backline.

An early goal meant the hosts had the table-toppers exactly where they wanted them, and Chelsea were hugely disappointing in their attempts to get back into the game. Hazard did not vary his movement enough to escape the close attention of Herrera, while Matic and N’Golo Kante offered little in terms of creativity in the centre of the park. Even more worrying for Conte was Diego Costa’s complete non-performance up top: the 28-year-old’s hold-up play was poor and his touch sloppy, while he has now failed to find the net in each of his last six appearances in all competitions. Herrera – with the help of a deflection – added a second after the interval, but Chelsea as a whole offered very little in attack: the west Londoners failed to record a shot on target for the first time in a Premier League encounter since September 2007.

Conte’s charges have been terrific for most of the campaign and every team in the world is entitled to an off day. Yet with Tottenham in tremendous form and the gap at the top having shrunk by six points in the last couple of weeks, the title race is very much on once more.