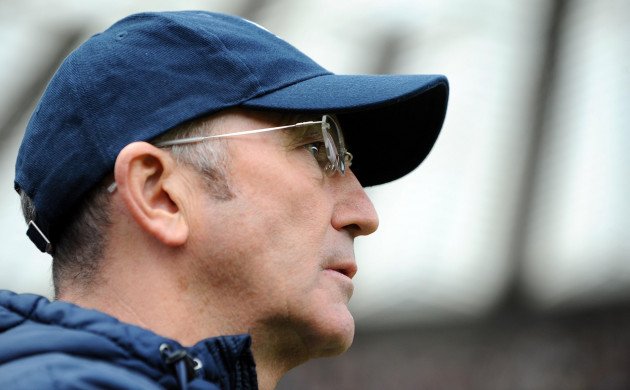 Plenty of moderate to bad Premier League teams will get rolled over by Chelsea this season. Indeed, there are plenty of moderate to bad teams in the Premier League. That said, timing is everything and for West Brom, a 4-0 home defeat by last year’s champions was the 10th successive league game they have failed to win. Four draws and six defeats since that last triumph - as well as a few sackings around the division - have seen the cross hairs focus on Tony Pulis, who was shrewd enough to comment that he was “not stupid enough to think that you can get away with losing every week".

In itself, that run of form would be enough to pile pressure on, but it comes on the back of a fairly dismal end to 2016/17. Off the back of a strong first half of the season, the team lost its way and their record in their last 12 games was worse than this season (1-2-9 compared to 2-4-6).

Their only win in that run was a 3-1 victory over Arsenal and their one prior was over Bournemouth, while this time around the Cherries and Burnley have been their victims. It’s just not enough to beat teams at the start of the alphabet, but it’s possible that West Brom are riding the low end of a wave of variance. Certainly in relation to goalkeeper Ben Foster, it looks like a run of inferior form. He’s saved only 59% of shots on target he's faced, well under the league average of 67% and a mile below the team totals of Manchester United and Burnley (well over 80% for each - keep an eye out for some reversion there).

Over a short period of time, such skews can be the difference between wins and draws or draws and losses, but in isolation they should not be defined as anything more than indicators worth evaluating. That said, Foster is 34, and perhaps the received knowledge that goalkeepers have longer professional lifespans than outfielders is less entrenched than it once was. Any player in their mid-30s is liable to decline, and understanding that while continually monitoring performances should be part of the remit of any management team.

More worrying for the long-term impact of Pulis’ management is that the structural numbers in relation to shots have suffered a decline year to year. West Brom games, at least in the Pulis era, are often characterised by being low event (few shots) and this year is no different - albeit with fewer shots than at this stage last year.

The primary problem with this is that all of the absent shots have disappeared from the West Brom attack, while the opposition is continuing to pepper the goal at the same rate. That needs fixing, and is fixable. A team may not be able to heavily impact the rate at which shots go in at either end, but it can deploy tactical measures to increase its effectiveness in chance creation, and it feels as though the squad has decent options, if not quite the current impetus.

West Brom have been more flexible with formations this season, with a recent move to a three-man defence. Perhaps as cover for being unable to field four centre-backs across a back four, Pulis has taken to fielding three defensive midfielders ahead of his back three, with wing-backs or disappointed attacking wide men tasked with supplying two forwards. The system is designed to embody solidity, but in reality goals have dried up. Last year’s top scorer Salomón Rondón has just one this season and Jay Rodriguez leads his team's scoring charts with two.

Pulis has been in management long enough to understand the peaks and troughs associated with his job, but this downturn was just too long and too deep for him to survive. West Brom now face an interesting decision. Do they turn to an established fire-fighter such as Sam Allardyce, or attempt to build something more expansive with one eye on the future? Pulis’ trademark stoicism will surely get him another job soon enough, but this time he has been found wanting. For West Brom fans there is now the hope that their new man provides more entertainment alongside better results.