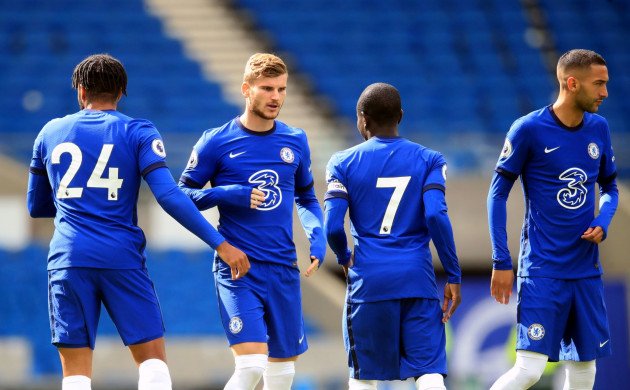 The 2020/21 Premier League season gets under way this weekend, just seven weeks after the end of the previous campaign. Here are eight key questions ahead of the big kick-off?

Will Liverpool's lack of transfers come back to haunt them?

Liverpool have made only one signing this summer, bringing in Kostas Tsimikas from Olympiacos. The left-back has been purchased as a back-up to Andy Robertson, so Jurgen Klopp’s first-choice starting XI will be very similar to what we saw last term. Thiago Alcantara continues to be linked with a move to Anfield and he would probably be a starter were he to join, but for now it will be the same again for Liverpool as they mount their title defence.

On the one hand, that makes sense. Given the pandemic-induced budgetary constraints that have affected the majority of clubs around Europe, it is very difficult to improve Liverpool’s XI. Having said that, Alex Ferguson used to swear by the adage that the time to strengthen is when you are on top, and Liverpool may come to regret not being overly active in the market.

Can Manchester City tighten up defensively?

Manchester City are expected to be Liverpool’s biggest challengers as they seek to bounce back from the disappointment of last season, which saw them finish 18 points behind top spot. Ederson may have kept more clean sheets than any other goalkeeper in 2019/20, but City were at times undone by individual errors at the back and a failure to snuff out opposition counter-attacks as effectively as they once did.

Nathan Ake has been signed to increase their options at centre-back, but it remains to be seen whether City can better protect their backline in defensive transitions this term. Despite their extraordinary attacking firepower – Pep Guardiola’s side scored 17 more goals than Klopp’s last time out – a failure to tighten up could once again prove costly.

Will Chelsea and Manchester United get the balance right?

Chelsea have been by far the busiest club in the transfer market this summer, signing Timo Werner, Hakim Ziyech, Ben Chilwell, Thiago Silva and Kai Havertz. It will be interesting to see how Frank Lampard gels his new-look squad together, and whether the club legend can deal with the increased pressure on his shoulders following the sizeable spending spree.

Chelsea conceded more goals than any other top-half finisher last season, and 54 goals against will simply not be good enough this campaign. Lampard must improve his team’s defensive organisation if the Blues are serious about mounting a title tilt.

Manchester United fans may have similar concerns about the balance of their team, even though their defensive record was the league’s third-best in 2019/20. Donny van de Beek will boost the team’s attacking output, but Ole Gunnar Solskjaer should resist the temptation to field him alongside Paul Pogba and Bruno Fernandes in the same midfielder. Nemanja Matic, a natural holding player, could be crucial to United’s fortunes.

Arsenal and Tottenham Hotspur both missed out on the top four last term and will be looking to make amends over the next eight months. Mikel Arteta has done some promising work since taking charge at Arsenal, pulling off eye-catching wins against Liverpool, Manchester City and Chelsea, but the big question mark surrounding the Gunners is whether they have the creative tools to break down deep, well-manned defences.

The same could perhaps be said of Jose Mourinho, who is also embarking on his first full campaign in the hot seat. Keeping Harry Kane fit will once again be integral to Tottenham’s chances of a successful season, while Matt Doherty and Pierre-Emile Hojbjerg are astute additions from Premier League rivals. Strength in depth in certain areas of the pitch remains a concern, however.

Will Wolves, Leicester or Everton be the best of the rest?

Leicester City dropped out of the Champions League qualification spots towards the end of last term, and they will find it more difficult to finish in the top four this year. Arsenal and Tottenham both look stronger after transitional seasons, and Chelsea and Manchester United should be better too.

Everton will hope to challenge for a European placing as Carlo Ancelotti begins his first full campaign at the club, but Wolverhampton Wanderers are arguably in the best position to disrupt the big six. With no continental commitments this season, Nuno Espirito Santo’s settled side have the potential to mount a top-four push.

Who is going to win the Golden Boot?

Jamie Vardy finished as the top scorer in the Premier League last time out, but the 33-year-old will do well to scoop the prize again. Danny Ings pushed him close after a terrific campaign at Southampton, but this year’s winner is likely to come from a member of the big six.

Sergio Aguero can never be written off, and he will have additional motivation as this looks set to be his final season at Manchester City. Kane is always a contender if he can stay fit for the majority of the campaign, while Chelsea’s Werner is perhaps the best-placed newcomer to the Premier League.

But perhaps the two leading contenders are Pierre-Emerick Aubameyang and Mohamed Salah, the players who shared the Golden Boot with Sadio Mane after each scored 22 goals in 2018/19.

Can Leeds finish in the top half?

Fulham and West Bromwich Albion will be firmly focused on survival following promotion last season, but Leeds United supporters have probably set their sights a little higher. That is only natural: this is a club that finished in the top five of the Premier League for three consecutive campaigns around the turn of the century, and Marcelo Bielsa is among the most high-profile managers in Europe.

It is difficult to predict how well Leeds will do this year. Perhaps the most likely outcome is a fast start followed by a late-season fade, but a top-half finish might be beyond them in their first season back in the big time since relegation in 2003/04.

Who will be battling against the drop?

Leeds should manage to steer clear of the drop zone, but Fulham and West Brom could be set for a season of struggle. Crystal Palace ended last season disastrously and will need a huge improvement in terms of attacking output if they are to extend their top-flight stay, while Newcastle United could be in trouble despite a comfortable mid-table finish last time out.

Sheffield United will attempt to ward off second-season syndrome by staying out of the bottom three, while Brighton and Hove Albion, Burnley, West Ham United and Aston Villa will also be targeting 40 points first and foremost.