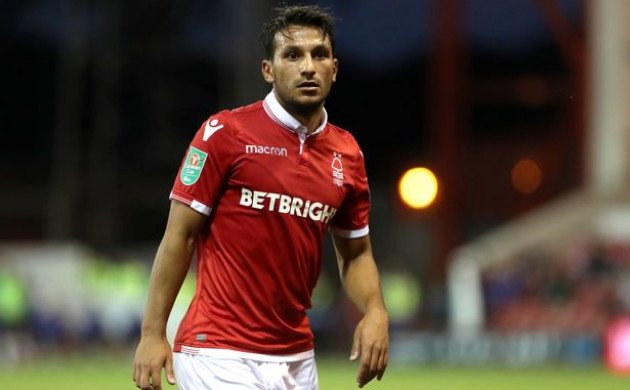 Being promoted to the Premier League certainly has its perks. Being one of the 20 clubs to play in the league naturally carries with it enthusiasm and excitement. The English top flight has arguably more eyes on it than any other league in the world. Throw in the return of a two-times European Cup winner in Nottingham Forest, and excitement and interest only grows further. Already this summer, the club has been spending big to give coach Steve Cooper the best chance of staying up.

Free agency arrivals for the likes of Jesse Lingard is exciting, as are signings for the likes of Djed Spence. However, the most interesting name to come up in recent weeks has been William Carvalho. The Portuguese international is believed to be on the transfer list at Real Betis, as the Spanish club looks to try and bring in some funds for their kitty. The Andalusian club are short on money, and need to try and raise funds by selling high-earning veterans – Carvalho among them.

Having long been tipped for a move to a major European club, arriving at Forest would seem a step down from the Spanish Cup winners. However, the chance to play in the Premier League for a highly rated coach, and in a club that has a strong history with Portuguese players, could be an exciting opportunity for both player and coach.

And with Carvalho in need of a new project as Betis look to sell, Forest might be the most interesting offer on the table. Despite his obvious quality as a player, Carvalho has never really reached the elite level that was expected. Forest would offer a chance to sample the Premier League, be a protagonist, and develop further. It could even be the perfect move, given his physical suitability to the English game.

Given Betis need to get money in the door so they can start their own spending, Carvalho would ideally be sold before the end of the month. While that now looks unlikely, it is believed that a deal could happen fast if Forest can agree a fee with Betis.

Numerous reports suggest varying fees, so it is hard to see where the line will be drawn at present. What is clear, though, is that Carvalho will be moving on from Betis. They might have tasted trophy success last year, but the Spanish games finances means that clubs like Betis need to box clever and sell when the opportunity arises.

For Forest, it could mean landing a player who realistically was always out of the reach of a club like this. If the stars align, though, the quality of Carvalho could be strutting next to the River Trent in 2022-23.