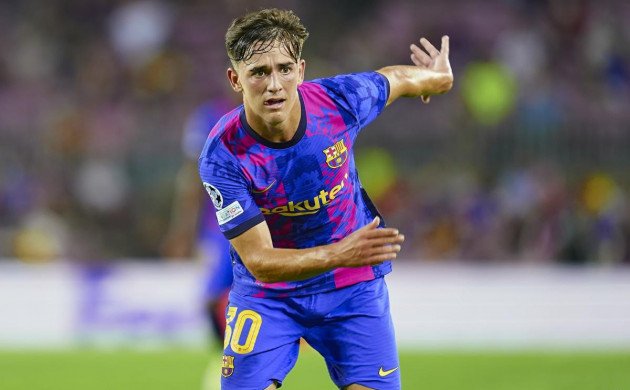 Having watched Spain lose to Italy on penalties in the last four of the UEFA European Championships, most fans were looking to a brighter future for La Roja. Since Luis Enrique returned as coach, the Spaniards have become one of the best national teams in Europe again after a post-2012 fallow period. This has seen Spain return to their dominant attacking style of before, and a host of new young talents have come on the scene to impress hugely.

However, one name who is really catching the eye is Gavi. The youngster has come through the Barcelona youth academy, and looks like he could save the cash-strapped Catalans millions in fees. An exciting young player who looks like he can do everything on the ball, the comparisons have already started to roll in. And while some might immediately attach his position and his name, and his club, to former Spain legend Xavi, another name was suggested.

After winning 2-1 to beat Italy in the UEFA Nations League and end their long unbeaten run, and end their unbeaten record at San Siro, Gavi was one to receive near universal praise. His exceptional playing style, ball control, and positional understanding are more akin to someone a decade his senior.

The teenager controlled the midfield and took on his playing idol, Marco Verratti, playing a pristine game to ensure Spain dominated the contest. A high standard of midfield player was on show, but it was the one whom many who have never heard of who was making the difference.

Now, the comparisons are being made with legends of the past – and it was down to an Italian legend to make a comparison that arguably nobody had made yet. Amidst the hype and praise, it stood out.

Who was Gavi compared to?

Gavi was being spoken about by everyone, but the Italian punditry post-game were keen to praise up the youngster. Demetrio Albertini, an AC Milan legend and one of the best midfielders of his generation, was on the punditry panel. Albertini, who also wore the Barcelona shirt and played for Atletico Madrid, was wowed by the performance of Gavi.

He was noted as comparing him to one of the best of all-time in AS Roma legend Francesco Totti. Speaking after the game, Albertini said: “Gavi is an exception…he’s Francesco Totti, let’s call him that!

“But in Spain players can come through at second teams, where talent is confronted with experience. A talented player can be seen right away, there he has the courage that when you give him the opportunity he takes it without fear.”

Like Gavi, Totti made his debut as a teenager and quickly established himself at senior club and international level. Gavi looks to have every bit of the same commitment, intelligence, and game grit to make it just as Totti did.

Though he might idolise Verratti, it is a comparison to one of the best pure No. 10s of all time that has many fans excited. Gavi could be a generational talent – dominating the San Siro at 17 as an opposition player is a unique feat indeed.