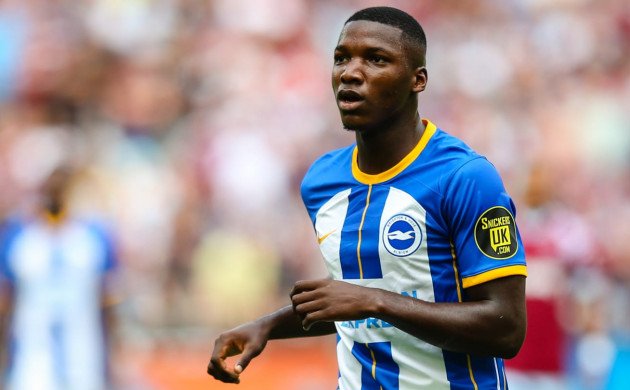 Brighton & Hove Albion are, without doubt, one of the model clubs in the English football system. Here is a club that managed to build up slowly over the years, growing from a fourth tier team to a Championship contender. Since promotion, they have become part of the furniture in the top-flight. With the arrival of Graham Potter three years ago, they went from relegation contender to a team that has consistently fought for a top-half spot. No wonder, then, that Chelsea came in for the miracle working coach.

The Seagulls are still in the process of moving on from Potter and appointing a successor. That has not, though, stopped people in the press wondering whether a change might be coming in the near future at the Amex – both in the dugout and in the playing staff. Many of their best players are being linked with a move away from the club, specifically to Chelsea.

One name being linked is that of Moses Caicedo. The Ecuadorian broke into the team last year and has become a mainstay now, seen as their most prized asset. Having been close to joining Liverpool late in the window, though, the player has knuckled down and continued to play his best football. Recent comments to publication Ole, though, might have some Brighton fans worried about the future.

What did Moses Caicedo say about leaving Brighton?

With talk of a move to Chelsea as early as January, then, fans would have been hoping for a more positive answer. When asked about a potential move on, though, Caicedo noted: “Right now I’m very focused on Brighton and the World Cup. I want to have a great World Cup and then we’ll see what happens. I think they are one of the best teams in the world and nobody would turn down an offer from Chelsea or any other club like that. It’d be a dream to be in the best teams in the world and succeed there.”

He also spoke about the exit of Potter and the lack of permanence in football today. On that point, Caicedo added: “It made me very sad now that he left for Chelsea, because he helped me a lot and I wanted to continue having him as a manager, but that’s football. You never know: today you can be here and tomorrow somewhere else, that’s the job of a footballer and a coach.”

It is certainly a good attitude to take for a young player, never to get too carried away one way or another. For Brighton fans hoping to see one of their most exciting players commit to the club at least until the summer, though, this is not what they wanted to hear.

Caicedo is a top class young player, and is sure to have many admirers both in January and beyond. Having watched their model bring so much relative success, then, could Brighton finally come undone thanks to their own progress?