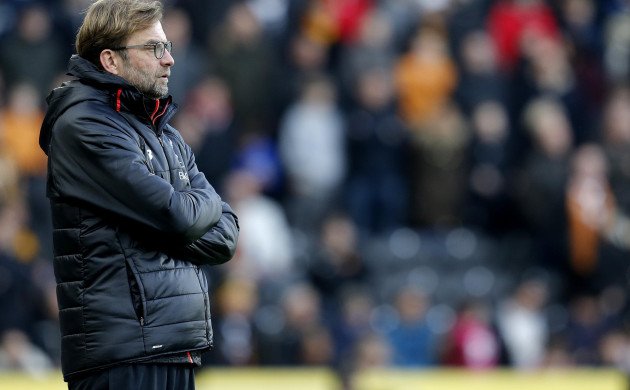 Mercifully, there is something still on the line on the final day of the Premier League season, even if neutrals' hopes of drama rest with soon-to-be-managerless Watford and rudderless Middlesbrough. One of Manchester City, Liverpool or fifth-placed Arsenal will miss out on Champions League football, but it is a safe bet that the top five will finish the day as they started it.

Arsenal's best hope of crashing the party is a comfortable home win against Everton, themselves marooned in seventh, while only a defeat by Watford would leave City vulnerable. Most eyes will therefore be on Anfield, where Liverpool host Boro. There is a fragility about Liverpool, a tendency towards self-harm, particularly in games they are expected to win. Jurgen Klopp's side lead the top-six mini-league but they will finish the season as the top-six club with the worst record against the bottom six, regardless of Sunday's result.

The implications of missing out on Champions League football are also more severe for Liverpool than their rivals. Klopp admitted this week that the club's summer transfer strategy is dependent on qualification, saying: "The players we are talking to are good players and I know they have offers from other clubs. Maybe they will play in the Champions League or whatever. It’s important for the club."

Champions League football no longer has much of an effect on the spending power or allure of the Premier League's 'Big Five', as Manchester United's business last summer proved. Runners-up Tottenham have a wage bill about half the size of their rivals and their manager Mauricio Pochettino has said: "It's all about if you pay or not! We have unbelievable facilities but if some club is paying double the salary, then how can you convince top players?"

But prestige remains relevant and, while United, City and Arsenal can point to Premier League titles, legendary managers and consistent top-four finishes, Liverpool have played in the Champions League in just one of the last eight seasons, nd their title challenge in 2013/14 is an anomaly among years of mediocrity. The best players want Champions League football or the guarantee of Champions League football in the future and, if Liverpool slip into fifth on Sunday, they can offer neither immediate nor future assurances of dining at Europe's top table.

Virgil van Dijk is said to be a Liverpool target, but Chelsea and Manchester City have both been linked with the Southampton centre-back. Similarly, Ryan Sessegnon, the Fulham prodigy, has been mentioned as the long-term solution to the Reds' left-back problem, but he is admired by every top-four club. Naby Keita and Timo Werner are also reported targets, but both players have already secured Champions League football with Bundesliga runners-up RB Leipzig.

Liverpool already have some world-class players, of course, but someone of Philippe Coutinho's quality belongs in the Champions League and he will be more susceptible to offers from the likes of Barcelona if Liverpool fail to qualify. The impressive Emre Can has still not resolved his contract situation and could also be subject to interest should Liverpool slip-up on Sunday; Daniel Sturridge and Mamadou Sakho are both likely to be sold, but it is hard to imagine the club being able to significantly upgrade either without the lure of Champions League football.

Last summer, Klopp's message was different – “Nobody has said to me that if we’re not in the Champions League that affects things," he said – and Liverpool duly beat Spurs to the signings of Sadio Mane and Gigi Wijnaldum.

Klopp knows that that is not the case anymore, though, and this summer feels make or break for Liverpool. The manager's change in tone is a reflection of a more competitive Premier League and increased expectation at Anfield. If Liverpool want to take the next step and become title challengers, they will need to compete with City, United, Arsenal and Chelsea in the transfer market, and for that they need the Champions League. It all comes down to Sunday. 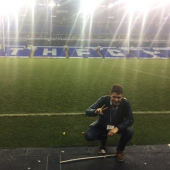 Dan Kilpatrick is ESPN's Tottenham Hotspur correspondent, and the founder of The Tottenham Way. He has written for FourFourTwo, Goal and many other publications.