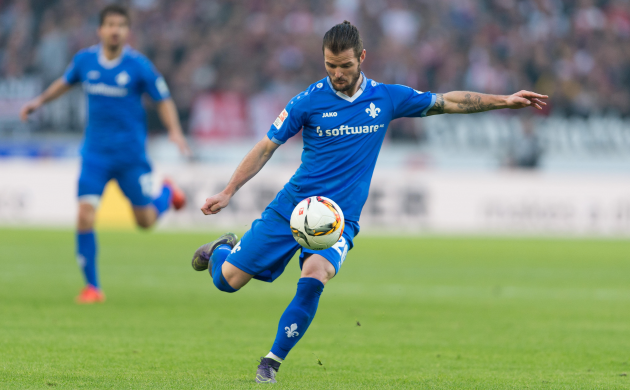 Marcel Heller, exclusive interview: "The Darmstadt fairytale is not over yet"

“With our budget and options, we actually had no chance in the Bundesliga.”

Those are the words of Darmstadt winger Marcel Heller, who could easily have been playing in the fourth tier of German football just four years ago. The side he was about to join had just finished in the 3. Liga relegation places, but were granted a reprieve when Kickers Offenbach were refused a league licence after going into administration. It proved to be the start of something special.

The following year, 27 goals from free signing Dominik Stroh-Engel ensured that results were the polar opposite of the season before. Darmstadt finished in the promotion play-off spot, setting up a two-legged tie with Arminia Bielefeld. It looked to be all over when the Lillies suffered a 3-1 home defeat in the first match, but a series of defining moments – including a miskick, a fingertip save and a last-gasp strike of unrivalled technique – saw Darmstadt achieve something that had seemed impossible just a few months before.

With 10 minutes remaining in the second leg and Darmstadt 2-1 up, Bielefeld’s Tom Schütz failed to connect with an attempted clearance; the loose ball fell to Jerome Gondorf, who converted with a sweet strike to send the tie into extra time.

Bielefeld edged back in front in the 110th minute, though, and as the crowd went wild Darmstadt’s promotion hopes seemed to be over once and for all. Yet still they refused to lie down: in the 120th minute, Elton Da Costa fired a sizzling volley home from 20 yards, capping off what journalist Uli Hesse described as the most memorable performance from any team at any level.

Just a year after believing they were destined for the fourth division, Darmstadt had secured promotion to the second. That, however, was sure to be the end of the road; Kicker predicted that they would be “fighting for survival until the last day of the season”, while Stern claimed that “avoiding the drop would be a sensation”.

Darmstadt had grown accustomed to upsetting the odds, though, and a final-day triumph over St. Pauli clinched their place in the Bundesliga – where giants such as Bayern Munich and Borussia Dortmund were waiting. Demotion was again widely viewed as inevitable, but Darmstadt had nothing to lose and set about proving people wrong yet again.

“The last few years will be remembered forever,” Heller tells Investobet, before examining the factors behind Darmstadt’s 14th-place finish in the top flight last term.

“Our journey under the conditions we had is totally unique: our squad cohesion, the fact we were always able to rely on each other, and the fans who supported us everywhere. It all just matched together, so that we could play such a remarkable season.”

Remarkable it most certainly was. Having drawn at Dortmund and Wolfsburg, as well as beating Bayer Leverkkusen on the road, survival was secured with a game to spare, as Sandro Wagner struck the winner – and his 14th goal of the season – in the 82nd minute against Hertha Berlin.

“I still think that our achievement can be called a wonder of the world,” Heller reflects almost one year on, describing the collective accomplishment that had brought Darmstadt to that point. It’s an accurate statement to make; after all, the club’s budget was small – free transfers were once again relied upon – and their squad was full of players who had been rejected by other Bundesliga outfits.

“I’ve felt this feeling of togetherness since I first arrived at Darmstadt,” Heller explains. “Our squad cohesion contributed to so much of our success last season. Without that feeling, it would have been impossible.”

This year, though, things have not gone their way. Luck has deserted this Darmstadt team in their second season at the highest level, leaving Torsten Frings’ charges rooted to the foot of the table ahead of Wednesday’s clash with Bayer Leverkusen.

The loss of Dirk Schuster, the manager who led Darmstadt to the first division before joining Augsburg last summer, has proved detrimental, so too the exits of Wagner and first-choice goalkeeper Christian Mathenia.

“There are lots of little factors,” Heller says, explaining why, for the first time in recent memory, a Darmstadt season has gone wrong.

“Where everything added up perfectly last season, now we have a few little mistakes adding up. In our situation everything has to work perfectly, otherwise it will be difficult in the Bundesliga.”

As the saying goes, all good things must come to an end. After a 4-0 drubbing by RB Leipzig at the weekend, Darmstadt sit 14 points adrift of safety, with only 24 points left to play for. Barring another miracle - which should never be ruled out when it comes to the Lillies – they will be relegated in the coming weeks.

This season has been an emotional rollercoaster for the team, both on and off the pitch. Their stadium currently bears the name of Jonathan Heimes, a much-loved fan whose battle with cancer proved to be one of the inspirations behind the club’s promotion to the Bundesliga. When he passed away earlier this campaign, Darmstadt’s sponsor, Merck, agreed to forego their stadium naming rights for the remainder of 2016/17.

It is just another layer to a story which has everything. From rock bottom to the very top, Darmstadt have won the hearts of football fans right across Germany, with their unlikely success becoming one of the game’s great underdog tales. When Darmstadt hit heights that no-one believed were possible, they allowed all football fans – no matter which team they supported – to smile and dream.

“If we are relegated, it would certainly not mean the end,” Heller says defiantly, looking forward for the first time.

“With this club, I would never rule out more fairytales.” 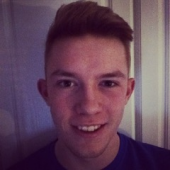 Alex Chaffer is a Bundesliga correspondent for Sky Sports. He has written for FourFourTwo, Deutsche Welle and the Bundesliga's Official Magazine.