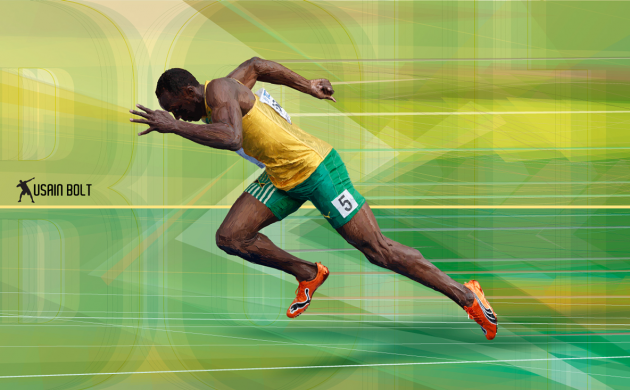 Lightning Bolt to strike in Rio

Team Investobet are ready to launch our first betting tips for the Rio Olympics. We are confident that Usain Bolt will make history and become the first athlete ever to win three 100 meter and 200 meter Olympic finals in a row.

The 18 days of sport during the Rio Olympics will be filled with thrilling events that will capture the imagination of audiences worldwide. It is near impossible to pick the pre-eminent event of the games as there are too many top notch events to choose from. There is a strong likelihood that you will get different answers depending on who you ask. Many will say that the men’s basketball final has a solid claim, others will argue the men’s soccer final should be considered, some will make a case for women’s gymnastics, beach volleyball which will be played at the glorious Copacabana is an obvious option, swimming has indisputable credentials and with the most decorated Olympian of all time, Michael Phelps, coming out of retirement to try to qualify for his fourth Olympics, many will give swimming the nod. For me personally though, there is no doubt that the men’s track and field 100 meter final is the most prestigious event of these games.

Usain Bolt was the first to achieve the "double double" of winning 100 and 200 meter titles at consecutive Olympics. He topped this, making it a “double triple” by taking part in the Jamaican relay team, winning the 4 x 100 in both the Beijing 2008 and London 2012 Olympics. Recently reports have emerged that retesting of blood samples from Nesta Carter - a member of the Jamaican 4 x 100 team in both games – have revealed the presence of Methylhexanamine – a banned stimulant. This puts the relay golds in danger as the Jamaican quartet face potential disqualification. Depending on the outcome of the IAAF’s investigation of Nesta Carter, Bolt will be chasing either the first ever “triple triple” or the first ever “triple double” in Rio.

Even if he was undefeated throughout all of his 13 races, during the 2015 season, it was still a subpar year by Bolt’s illustrious standards. The 100 meter final of the Beijing World Championship was extremely close and it looked like Justin Gatlin was about to take a narrow win when he lost his form in the final 10-20 meters, allowing Bolt to edge by him to win the race by about 10 centimeters. Going into this final Gatlin was the odds on favourite with bookmakers to take the gold. This race can be watched below:

2016 has started a lot better for Bolt. By this time last year he had only run one 100 meter race, which he won in a moderate time of 10.12 on the 19th of April in Rio. Furthermore he had failed to break the 20 second barrier in all his three races over 200 meters. Things did not look good considering he was injured almost the entire 2014 season, racing only once in Warsaw on August 23rd.

So far he has raced three times in 2016, every time over 100 meters. He ran 10.05 (+0.1) while winning somewhat easily in the Cayman Islands on May 14th and 9.98 (-0.4) winning by a wide margin in Ostrava (Czech Republic) on May 20th, some days after visiting his infamous doctor Hans-Wilhelm Müller-Wohlfahrt, being treated for some tightness in his hamstring. In his last race he produced a 9.88 (+1.0) on the 11th of June in Kingston (Jamaica) while beating Nickel Ashmeade, Yohan Blake and Asafa Powell handsomely. Even if the time was ok for this time of year and the opponents are some of the bigger names on the circuit, what got my attention was the way he won the race. Bolt stumbled badly shortly after the start, was a fair way behind the leaders, found his stride and raced into the lead by 70 meters before he slowed down noticeably in the last ten meters. This race can watched below:

Based on this race I think he is already in better shape than he was during the World Championships last year. Based on his proven ability to improve his performance substantially between June and August, he has done that every championship year since 2008, I think it will be beyond his competitors to challenge him properly during the Rio Olympics.

On the other hand, his main competitor in the betting market, Gatlin, has started the season worse than last year. Even if he is undefeated in all of his six races so far in 2016, he has been less impressive while winning when compared with last year. He clocked times in the 9.70s in both his starts in the 100 in May and June 2015, running 9.74 (+0.9) in Doha and 9.75 (+0.9) in Rome. His fastest time with a wind reading below the +2.0 threshold this far in 2016 is 9.93 (+1.0) from Rome on June 2nd in a race he was hard pressed to win and in the end only prevailed over Ameer Webb by 0.01 seconds. Even if it is entirely possible that Gatlin is trying to reach his peak form later in the year in 2016 compared to 2015, it is just as likely that age, he was 34 almost half a year ago, is starting to catch up with him and that he will not be as good this year as last.

Even if there are many talented athletes emerging in the sprint events, I find it hard to believe that neither the bronze medalists from the Beijing World Championship, Andre De Grasse (aged 21) or Trayvon Bromell (aged 20), will be strong enough to compete with Bolt as it looks like he will be at or near the peak of his powers. So far nobody in the history of sprinting has been able to challenge Bolt when he operates at full capacity.

I think the main threat to Usain Bolt this year is the athlete himself. Unless he picks up an injury hampering his preparation or making him unable to take part, I expect him to win the 100 and 200 gold medals quite easily.

I am confident that Bolt will win both individual sprint events in Rio, especially his preferred event, the 200 meter. Furthermore I am eager to oppose Justin Gatlin in both events.

All things considered I am happy to launch our first four tips for the Rio Olympics: