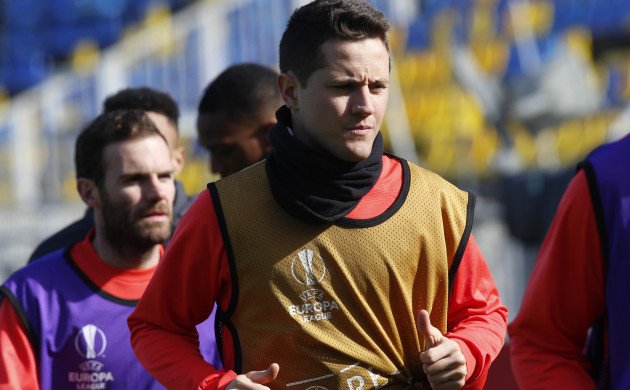 James Wilson is in last-chance saloon with Sheffield United loan - is he good enough to make it at Manchester United?

James Wilson has secured a loan move away from Manchester United this week, as it was announced on Wednesday that he has joined Sheffield United until the end of the season.

Wilson is the top scorer for the Under-23s this season, a pleasing statistic after a series of injuries hampered his progress. In October 2016 he picked up a knee ligament injury when on loan at Derby. Recovering from such a setback takes months, but Wilson chose to look on the bright side. He spent his time away from the field in the gym building up his strength.

It wasn’t until August 2017 that he got back on the pitch, appearing for the U-23s against Tottenham Hotspur. He was substituted 15 minutes before the end and showed no signs of injury.

The club opted to keep him for the first half of the season as he continued his recovery, but now he will get the opportunity to play first-team football in the Championship with Sheffield United. Chris Wilder’s team are currently fighting for a place in this season’s play-offs and Wilson will be hoping  his goals can help contribute to that.

In his first loan move to Brighton in 2015, he was in a similar position. He played in both legs of their play-off semi-final defeat by Sheffield Wednesday, scoring a total of five goals in the six months he spent there. Wilson only managed four games for Derby before his lengthy injury, though, so he'll be looking to make a greater impact during his third loan spell away from Old Trafford.

United fans had high hopes for Wilson  after he scored twice on his debut at the end of the 2013/14 season. Ryan Giggs opted to start Wilson, then just 18, in United’s home game against Hull. Wilson scored twice in a 3-1 win.

"It was a great feeling, you can't compare it to anything else," he said afterwards. "The first goal was just sheer euphoria and then the second was just a great experience. The ground is a lot different without 75,000 people, but just to play here even in front of a small crowd for the Under-21s is still a great experience. With all the fans here tonight it was even better.”

Wilson had often played above his age group when making his way up through the ranks and those who followed United’s youth teams had singled him out as a player with promise.

Things haven’t gone entirely for plan since Wilson then, even though he did score a further two goals for the club the following season when playing for Louis van Gaal. The Dutchman was a fan of the young striker and claimed he was “the natural successor to [Anthony] Martial”.

Van Gaal was criticised by fans when he allowed Wilson to leave for Brighton after a successful pre-season in the United States, but the Dutchman was adamant that the striker needed more playing time for him to progress.

Now 22, Wilson is still hoping to get through an entire season unscathed. He probably feels this loan  is his last chance to impress Jose Mourinho, with his contract set to expire in the summer of 2019. United will possibly look to sell him at the end of this season if he doesn’t do enough to show he's capable of playing regularly and scoring.

"I'm sure the opportunities will come for me to get some football and hopefully I can help the team in the weeks and months ahead," he said after agreeing to move to Sheffield United. “I looked at the clubs interested in taking me on loan and straight away I felt taking everything into consideration this was the best move for me."

Wilson spent his entire youth career banging the goals in, but it just hasn’t worked out for him when given first-team opportunities. He'll be hoping that in the remaining months of this season he can finally realise his potential.