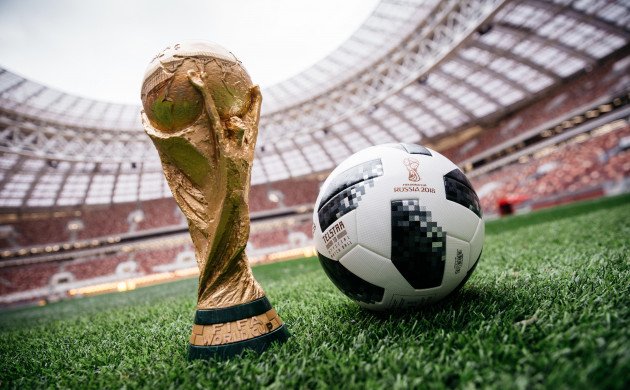 How the World Cup creates a joyous global community

It all ends so quickly. The day after the World Cup final, Moscow airport will be heaving as the global media run home as soon as possible.

This is understandable, both from a professional and an emotional point of view. On the one hand, the media organisations are looking to keep down costs, and are reluctant to pay any more hotel bills than is strictly necessary.

On the other, those working at the World Cup have been away from home for several intense weeks. Many will be desperate to get home and see their families. And so the scuttle to the airport makes sense.

But it always seems a bit rude, to me – like making love to a woman and then rushing off, instead of staying the night and making a more considered exit. In the Copas America I have covered (seven since 1999, admittedly a shorter tournament than the World Cup) I have always made a point of staying on for an extra couple of days, relaxing with a coffee as I gather my thoughts and write the reviews of the competition while still based in the host country. There is a feeling that while I am still there, in some way the tournament is still going on.

I base this, of course, on the view that a journey starts when you pack your bags and ends when you arrive back home – everything that happens in between is part of the adventure. So, for a fan, the experience of going to a game lasts much longer than the interval between the kick-off and the final whistle. It encapsulates everything from when he or she leaves home until the return.

And so the experience of a tournament starts when you pack your bags and only comes to a close when you arrive home – or at least when you get to the airport. Until that moment, you are still living the memory.

My most visceral observation of this as a mass feeling came four years ago, when Brazil 2014 reached its conclusion.

I had been at the stadium for the final, where Germany had beaten Argentina after extra time. There had been TV appearances to do, radio slots to fill, articles to write. Happy but weary, and glad that a tiring time had come to an end, I caught the underground home and had a little sleep.

It was only an hour, though. I had agreed to do one final radio show overnight from Copacabana beach. I was now regretting this, seeing little more preferable than sleeping non-stop for a month. But the alarm sounded, I hauled myself out of bed and made the short trip over – and it was one of the best decisions I have ever taken.

Copacabana beach had been the global thoroughfare throughout the tournament. Most who had visited Brazil had come to Rio, and all of them had found their way to Copacabana. On this last night, everyone was there and there was magic in the air. Even the hordes of Argentines, who had just seen their team lose, were not disheartened. The feeling was palpable; while we are all here, parading and singing and having a ball, the World Cup is still a going concern. At some point we will have to admit defeat and go to bed – and when we awake, the tournament will be part of history. So let’s keep it alive for as long as we can!

No doubt that same urge was strong in Moscow on Sunday night. This – the creation of a joyous global community – is one of the best things about the World Cup and, as more people from all around the globe are able to travel, it is getting better. The hundreds of thousands who travelled and the billions who watched at home had plenty to get excited about over the last four weeks. Maybe we can all strain to keep the memories alive until the world comes together once more in four years' time.